Portlanders are forming long lines to buy psychedelic mushrooms at a store in the city, despite recreational mushroom sales still being illegal in Oregon.

"A friend of mine sent me an article," local resident Randi King told KPTV. "The article that was posted. I told my wife, and she was like, ‘What are we waiting for? Let’s go get some.’"

Shroom House is an herbal wellness shop in the city that saw an explosion in business over the last few days as word spread that the store was selling psilocybin.

Selling recreational mushrooms in the state of Oregon is still illegal. A measure passed in 2020 legalized psilocybin in a licensed medical setting, but no state-issued licenses have been granted yet – and none will until next year. 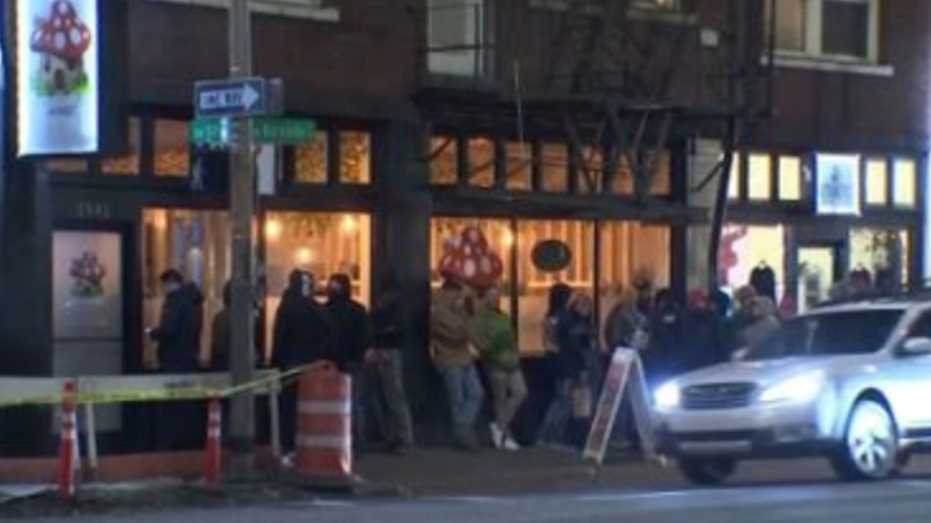 Line around the block for patrons waiting to get into Shroom House in Portland.  (KPTV)

A line wrapped around the block on Saturday, causing hours-long waits, KPTV reported. Customers came armed with proper documentation, such as a driver’s license, and reasoning for why they wanted to purchase mushrooms, according to KPTV.

"I was hearing you need two forms of identification and that you need some kind of reason for wanting to use it," Cassie Cadence, who was waiting in line, said. "Like therapeutic purposes."

Cadence added that she was waiting to get into the store for "like an hour" on Saturday, but said the wait was worth it "because I kind of feel like I’m kind of a part of history right now, which I think is really cool."

Some have turned to psychedelic mushrooms to help with issues such as depression and anxiety, forgoing traditional prescription medications.

Cadence argued that mushrooms helped get her away from living on the streets.

"It kind of gave me a new perspective on life. I would definitely say that they were kind of a catalyst propelled me to wanting to have the urge to keep trying. I’d been on all kinds of prescription medications all my teenage years and nothing like mushrooms has kind of hit that spot. That gives me the motivation to want to keep living, you know," Cadence told KATU. 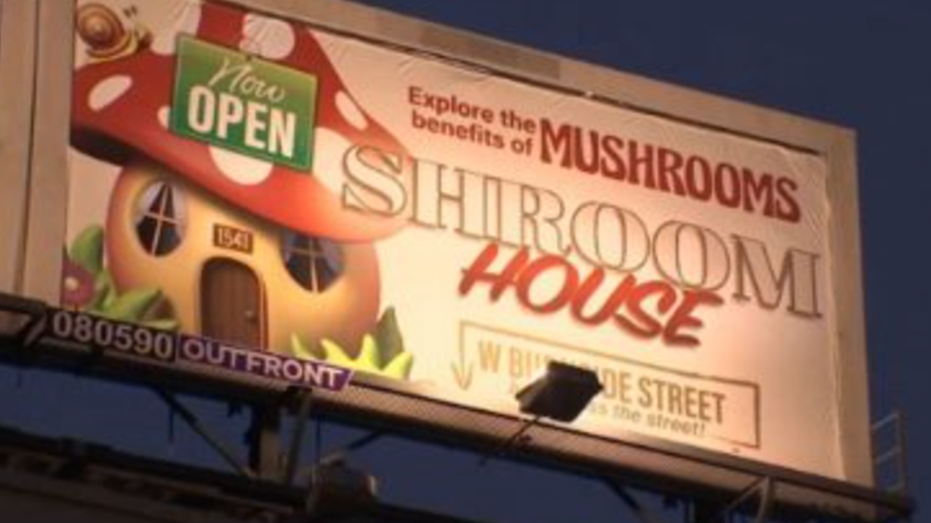 The Oregon Health Authority told KPTV that those who sell psilocybin without a license could face criminal penalties, but that is left up to local authorities.

"Retail sales of psilocybin are not legal under Oregon law. Nothing in Measure 109 or any other law allows the sale of psilocybin mushrooms today or in the future," said Sam Chapman, the executive director of the Healing Advocacy Fund, which supports Measure 109 legalizing the recreational use of psilocybin. 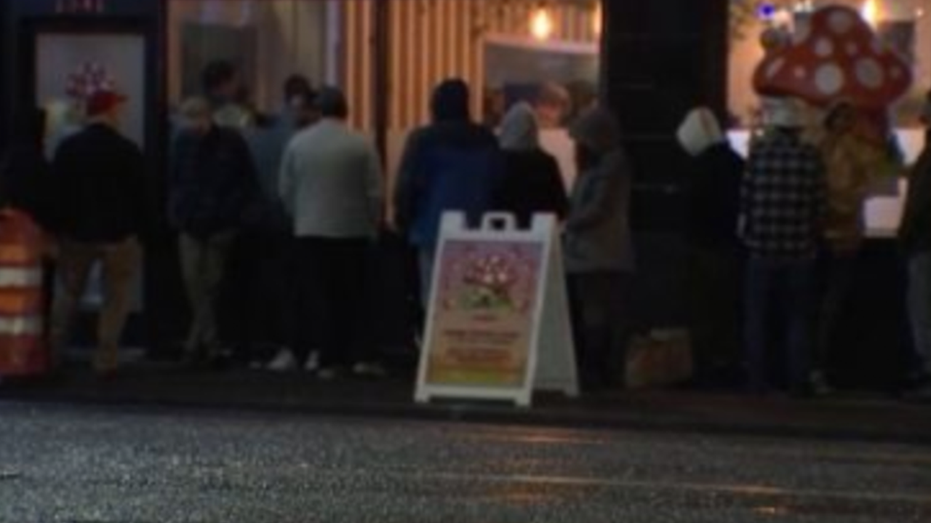 People in Portland line up outside of Shroom House.  (KPTV )

"Scientific research shows that psilocybin therapy has great promise as a breakthrough mental health treatment when used in a safe and regulated manner. That’s why Measure 109 called for the delivery of psilocybin therapy under the care of a trained facilitator, and inside a licensed service center. Many Oregonians stand to benefit from the healing properties of psilocybin, including those suffering from depression, anxiety and addiction, but the therapy must be delivered safely," Chapman’s statement to KPTV continued.

The Portland Police Bureau did not immediately respond to Fox News Digital’s request for comment if the department plans to crack down on the sales.