Tesla's lone US assembly plant posed a risk to public health by staying open for days in spite of San Francisco Bay area shelter-in-place orders, according to documents obtained through a California public records request.

Officials with the city of Fremont, California, told Tesla in a series of conversations over several days that its factory was not considered an essential business, and that it therefore needed to comply with an Alameda County order issued March 16. The electric-car maker announced March 19 that it would suspend production four days later. 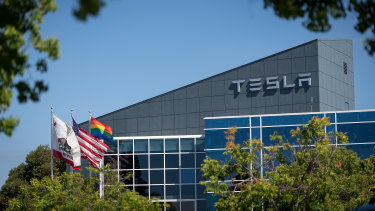 Tesla’s manufacturing plant in Fremont, California has been deemed an essential business and is allowed to remain in operation despite Bay Area orders for people to stay home to limit the spread of Covid-19.Credit:Bloomberg

The documents provide a more detailed glimpse of what was a contentious days-long debate between local authorities and Tesla, which sought to stay open based on how the federal government defines critical infrastructure sectors. Fremont's police chief, the deputy city manager, the county's health officer and its assistant counsel were among the officials who got involved in the dispute before Tesla backed down.

Representatives for Tesla didn't immediately respond to a request for comment on the documents.

The Bay area was the first region in the US to enact shelter-in-place orders, a massive effort impacting more than seven million people. Since then, the coronavirus has wreaked havoc on communities across the country and put immense strain on the global economy. Alameda County had 264 confirmed cases of COVID-19 – the disease caused by the coronavirus – as of March 30, according to the health department. Seven have died.

Hours before Tesla announced plans to suspend production, Kimberly Petersen, Fremont's police chief, and other city officials held a virtual meeting on March 19 to follow up on a determination reached the day before: the company had to cease all activities except for minimum basic operations.

In a March 21 letter to Tesla, she recounted the city's efforts to seek clarification as to whether the carmaker was an essential business by consulting with Scott Dickey, the assistant counsel for the county. Dickey relayed a determination from Erica Pan, Alameda County's health officer.

"Mr. Dickey informed city staff that Dr. Pan does not consider Tesla to be an essential business, but rather, considers Tesla's manufacturing plant to be a public health risk," Petersen wrote in the letter.

Tesla's plant employs roughly 10,000 people, but many workers commute from elsewhere, including California's Central Valley. The company told employees last week that two staffers at unspecified offices were confirmed to have COVID-19.

A Nevada television station reported Sunday that a Tesla worker at its battery factory near Reno had tested positive, citing an email that cell supplier Panasonic sent to employees. Tesla had more than 48,000 employees worldwide at the end of 2019. 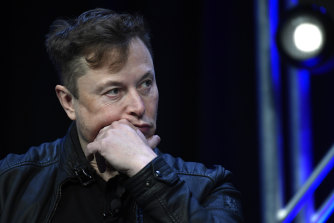 When Tesla representatives including Rohan Patel, a senior director of policy and business development who used to work in the Obama administration, met Fremont officials on March 19, they said the company intended to comply with the order, though it needed to conduct a "staged shutdown" of the plant.

The two sides agreed that all vehicle manufacturing would cease on March 23. Employees who remained on site would complete work at the end of assembly lines to protect the value of vehicles and batteries, while others would perform basic operations such as security, maintenance and cleaning, all while following social-distancing requirements.

"You explicitly agreed to that understanding," the police chief later wrote. "If you were to transition to manufacturing ventilators, or other equipment intended to aid in the fight against COVID-19, these activities would be permitted."

Tesla Chief Executive Officer Elon Musk tweeted March 18, the day before the meeting with Fremont officials, that the company would make ventilators "if there is a shortage." The carmaker has since held discussions with Medtronic, a leading ventilator maker based in Dublin, Ireland, but there's no indication yet that Tesla will play a role in manufacturing the medical devices.

After Petersen, the police chief, told Tesla during the meeting that the city was rejecting that argument, Prescott said the company would wind down operations because it was "the right thing to do."

Petersen told Tesla she would like to schedule an inspection of the company's facilities on March 24 to ensure compliance.

"In closing, I would like to reiterate that the city of Fremont highly values Tesla as a partner and appreciates what you do for our economy and community," Petersen wrote in one of her emails to the company. "We are extremely grateful for your willingness to collaborate in our fight against the spread of COVID-19 by placing public health ahead of all other priorities."