A STAR in our galaxy may have just provided a huge clue for solving the mystery of powerful deep-space radio signals.

The magnetar star SGR 1935+2154 is thought to have just emitted a burst of astonishingly bright radio waves, strong enough to be detected in another galaxy. 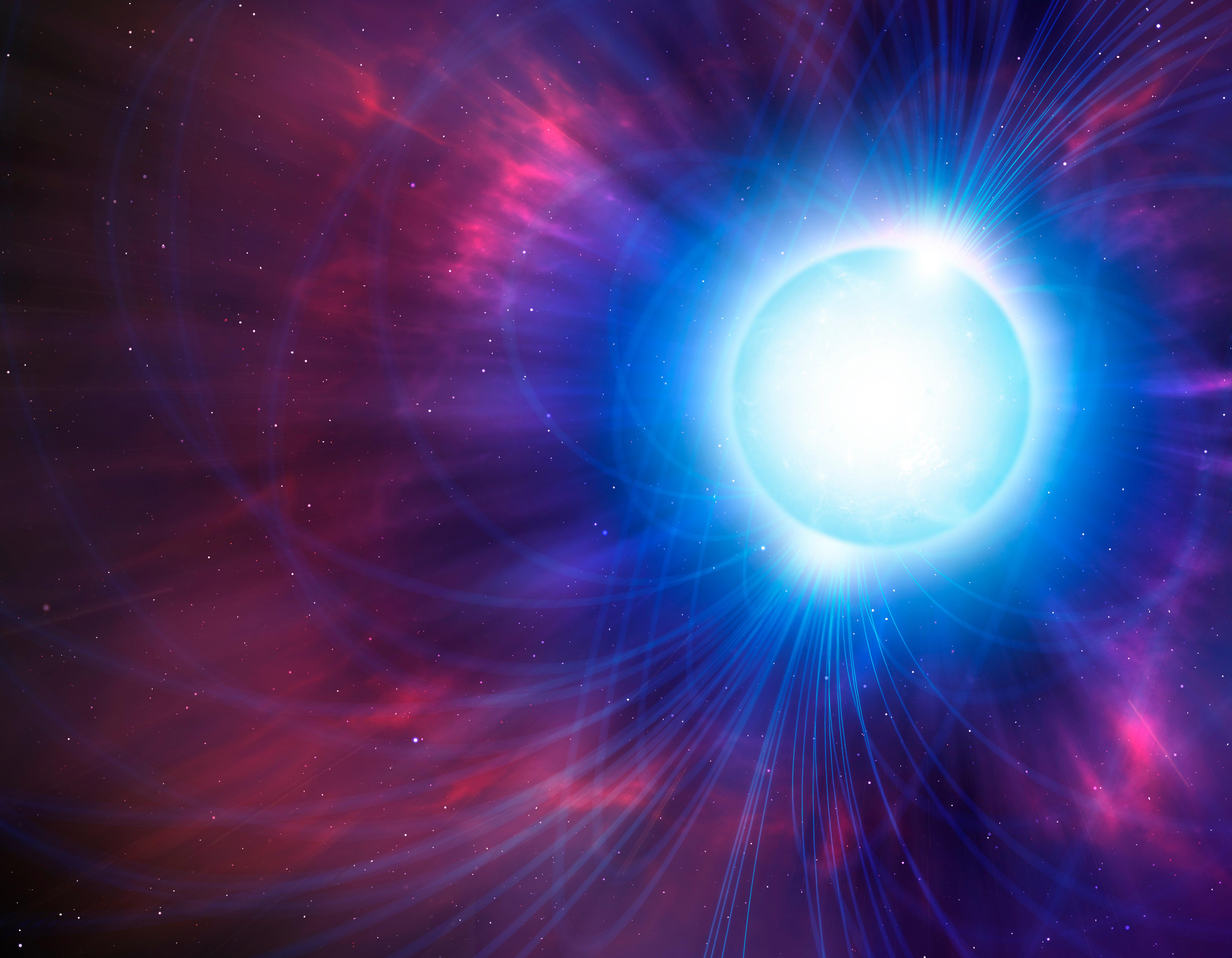 Magnetars are a type of dead star with extremely powerful magnetic fields.

According to Science Alert, on April 28, the star in question may have produced a millisecond-long burst.

This is because huge activity was detected near it by radio observatories all over the world.

At the same time global and space X-ray observatories picked up on a very bright X-ray, which are associated with magnetar outbursts.

What are FRBs, and why are they important?

Whatever occurred at the star is so recent that scientists are still trying to analyse all the data.

However, many are in agreement that they may have finally found a source of mysterious fast radio bursts (FRBs).

FRBs have perplexed astronomers because they are often detected but no one knows where from.

Astronomer Shrinivas Kulkarni of Caltech told Science Alert: "This sort of, in most people's minds, settles the origin of FRBs as coming from magnetars."

The powerful radio signals are fascinating because they seem to be sent from deep space and are over in less than a second.

The majority of them don't repeat so it makes them hard to research.

Theories about the origin of FRBs range from supernovas to aliens trying to contact us.

These neutron stars are already thought to produce starquakes and giant magnetar flares.

The recently detected signal was so powerful that some radio telescopes couldn't quite quantify it.

Caltech graduate student Christopher Bochenek, who works on an FRB project, told Science Alert: "If the same signal came from a nearby galaxy, like one of the nearby typical FRB galaxies, it would look like an FRB to us.

It's even more exciting that the star in question is 30,000 light-years away, which could be considered 'nearby' in terms of space.

Astronomers will continue to carry out observations of the star to try and confirm their theory.

Even if SGR 1935+2154 has emitted an FRB it won't necessarily mean they aren't also coming from other sources.

In other space news, about 40million kilos of ‘extra-terrestrial’ material is estimated to plummet to Earth each year.

And, Elon Musk has plans to make his Starlink satellites "invisible to the naked eye".

Do you make of the mysterious radio signal discovery? Let us know in the comments…