New York (CNN Business)ESPN is reshuffling its radio lineup by bringing one Mike back and saying goodbye to another.

Mike Greenberg, who was the co-host of ESPN’s popular “Mike & Mike” radio show for nearly 20 years, is coming back to do a new broadcast called “The Mike Greenberg Show” starting on August 17. The new show will air from noon to 2 pm, the network said on Tuesday.
Mike Golic, Greenberg’s former partner, will be losing his radio show, “Golic & Wingo.” The network did not say what Golic’s new role would be, but tributes to Golic rolled in on Twitter following the announcement.

“Really appreciated how @espngolic was always down for shenanigans,” Jemele Hill, a former ESPN host, wrote on Twitter. “Tremendous career on ESPN radio, and always had a smile and kind word for me.” 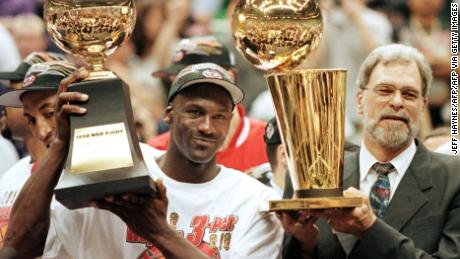 Despite returning to radio, Greenberg will not be leaving his post on TV. He will continue to host “Get Up,” ESPN’s morning show, which he has hosted since 2018.

“In radio there is an intimacy in the relationship with the audience that is different from any other medium,” Greenberg said in a statement. “I have always enjoyed that and am really looking forward to rediscovering it.”
Even though Golic will be leaving, there will still be a Golic on ESPN Radio.
Mike Golic Jr., Golic’s son, will host a new show from 4 pm to 7 pm with WNBA player and basketball analyst, Chiney Ogwumike.
“Reading everyone’s notes and stories on here about him has been a really nice part of a very strange day,” Golic Jr. wrote about his father on Twitter. “He deserves it all and more.”
With sports suspended because of the coronavirus pandemic, ESPN has stitched together a TV schedule including classic games, studio shows, and films — the most popular of which was “The Last Dance.”
Like TV, ESPN Radio has also had to find a way to fill its airtime without being able to talk about live sports. However, that will likely change soon with the planned returns of major sports leagues like Major League Baseball and the NBA later this month. 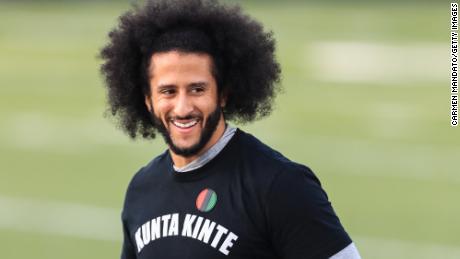 ESPN announced other new radio shows on Tuesday that will kick off next month.
“Keyshawn, Jay and Zubin,” which will take the place of “Golic and Wingo” from 6 am to 10 am, will be hosted by former NFL star and NFL commentator Keyshawn Johnson, college basketball analyst Jay Williams and SportsCenter anchor Zubin Mehenti.
Max Kellerman, one of the commentators of “First Take,” will get his first national radio show with “The Max Kellerman Show” from 2 pm to 4 pm.

Despite all of the new shows, “The Dan Le Batard Show with Stugotz,” one of the network’s most popular shows, will continue to be an anchor of the ESPN radio lineup from 10 am to noon.
“Our new lineup will provide sports fans informative and engaging content throughout the week from hosts who all have radio experience,” Norby Williamson, ESPN executive vice president and executive editor of production, said in a statement. “Our listeners will hear diverse perspectives on key topics from some of the most talented, knowledgeable and contemporary voices in the industry.”
Source: Read Full Article