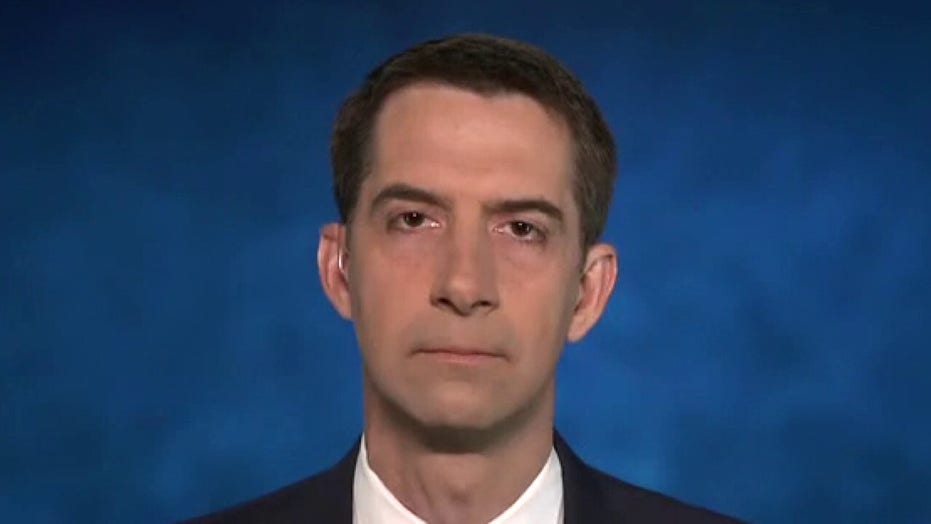 Sen. Cotton demands answers from the NIH regarding COVID-19 origin

Sen. Tom Cotton, R-Ark., discussed a letter he and six other senators sent to Dr. Francis Collins, the director of the National Institutes of Health (NIH), three days before requesting information on gain of function research.

Sen. Tom Cotton, R-Ark., argued during an exclusive interview with “Sunday Morning Futures” that President Biden has been “rolling over for aggressors around the world,” including China, Russia and Iran, adding that recently the president “seemed to draw moral equivalence between Israel and Hamas when it [the Biden Administration] began to demand a cease-fire.”

Israel, late last week, announced that it had come to a cease-fire agreement with Hamas that put an end to 11 days of fighting in which Hamas fired thousands of rockets indiscriminately at Israeli civilian targets, to which Israel responded with bruising airstrikes.

On Thursday, President Biden sought to take credit for the cease-fire between Israel and Hamas, despite reports that it was Egypt that brokered the peace.

Biden, who spoke at the White House, included a sentence in his remarks commending Egyptian officials for their “critical role” in ending the fighting. But he repeatedly emphasized the intensive work he said was done by his own administration.

A White House spokesperson did not immediately respond to Fox News’ request for comment.

Cotton made the comments on Sunday, while discussing the letter the Arkansas senator, along with seven others including Sens. Ron Johnson, R-Wisc., Rep. Mike Gallagher, R-Wis., and Rand Paul, R-Ky., sent to Dr. Francis Collins, the director of the National Institutes of Health (NIH), three days before requesting information on gain of function research (making pathogens deadlier or more easily transmissible).

The letter noted that “since the beginning of the pandemic, the exact origin of SARS-CoV-2 has remained elusive” and pointed to recent developments. 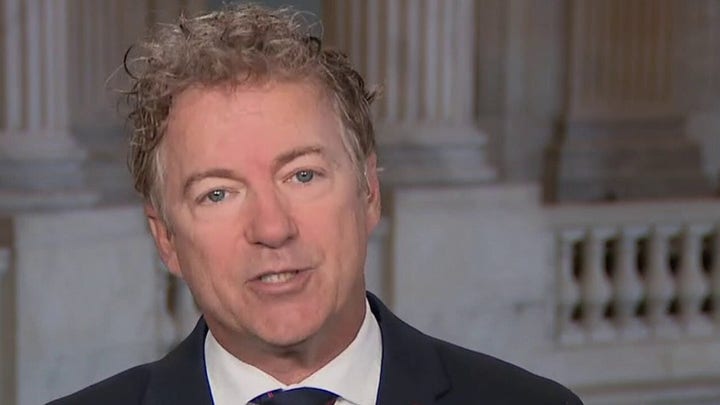 “Recently, in response to the World Health Organization’s study of SARS-CoV-2’s origins, a group of 18 scientists published a letter in Science Magazine stating that a leak of the virus from a lab is a ‘viable’ theory and should be thoroughly investigated,” the letter continued, before noting that “obtaining information about the research on bat coronaviruses conducted at China’s Wuhan Institute of Virology has been very difficult.”

The senators requested that NIH provide several pieces of information and records, related to a 2014 moratorium, which “defines gain of function research as ‘research projects that may be reasonably anticipated to confer attributes to influenza, MERS, or SARS viruses such that the virus would have enhanced pathogenicity and/or transmissibility in mammals via the respiratory route.’”

The letter also asked Collins to explain what prompted the establishment of a moratorium on gain of function research in 2014 as well as who was involved in drafting and giving the final approval for the moratorium document.

On Sunday, Cotton told host Maria Bartiromo that the letter he signed “very specifically asks the National Institutes of Health why they were funding gain of function research in these Wuhan labs.” 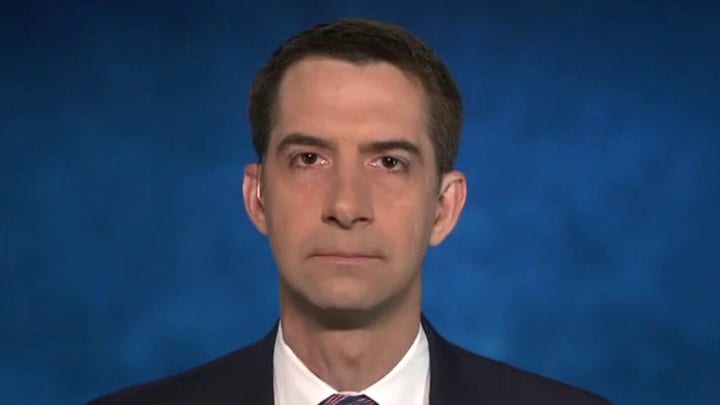 “Dr. Fauci has been to Congress and he said this absolutely did not happen, but Dr. Fauci is playing word games,” he continued.

Cotton alleged that “the money that the NIH gave went to an American organization, which turned around and gave hundreds of thousands of dollars to these Wuhan labs to investigate coronaviruses and to find ways to make them more contagious and more dangerous.”

“We asked Francis Collins, who is Dr. Fauci’s boss, to come clean, tell us exactly what was happening, why this research was being funded…during  a time in which the Obama Administration had explicitly banned this kind of gain of function research, research into the making of some of the deadliest pathogens even more dangerous.”

A spokesperson for Fauci and the National Institute of Allergy and Infectious Diseases (NIAID), a subset of the NIH where Fauci is the director, did not immediately respond to Fox News’ request for comment.

“I think that there could be an example here of these public health bureaucrats thinking that they know better and they’re not going to answer to political oversight and accountability even in the Obama Administration and they went ahead with this research that could be very dangerous,” Cotton told Bartiromo, explaining “that’s why it is imperative that the NIH come clean and tell us exactly what happened.”