Senator James Risch weighed in on Secretary of State Antony Blinken’s testimony on Afghanistan on ‘Special Report,’ and reacted to President Biden’s sound being cut off when asked questions from the media.

SENATOR JAMES RISCH: Well, you know, they’ve been all over the board on this thing but they’re really delusional on it. They’re out of step with the American people. The vast majority of the American people watched this unfold. What you just saw was a statement from the Democrat chairman of that committee calling this a colossal failure. It clearly was. It’s a debacle. It was an embarrassment. It was all those things and we wanted answers as to who was making the — who was making the decisions and who was making the calls on it. We didn’t get very much in that regard, but the takeaway is that there — as was said here, they’re patting themselves on the back on what great job is done. Look, I was privy to the discussions about this in the last administration. Certainly, not in this administration and there’s some basics they didn’t follow. Look, you evacuate the country first. Then you give up the country. You don’t give up the country and then try to evacuate it or what you saw is what you get.

Well, I think all of us have seen this administration and compared it to prior administrations. Whether you like it or not, you wind up comparing it. And for whatever reason, from time to time, his is his sound is cut off, whether he’s in the White House or in other places. Sometimes he’s hustled off of the stage where we can’t or the media can’t get answers. Somebody needs to be in charge now.

WATCH THE FULL INTERVIEW BELOW: 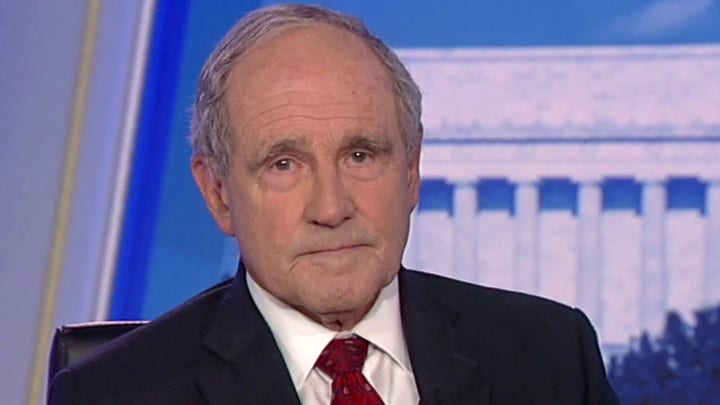