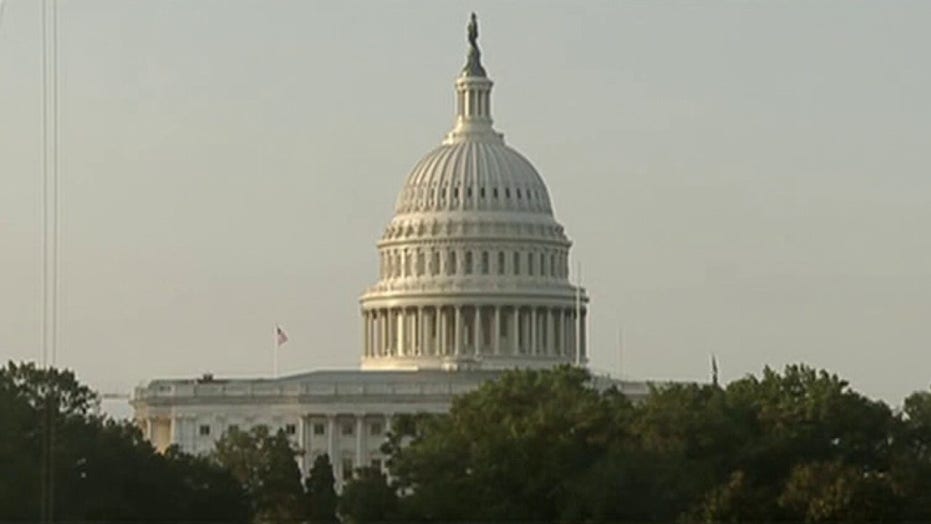 Republicans' $300 billion coronavirus relief legislation failed to clear a procedural hurdle Thursday in the Senate, effectively killing the legislation that GOP leadership touted as an important economic lifeline and Democrats decried as a purely partisan and paltry effort.

The legislation needed 60 votes to advance but came up short: 52-47. All Republicans voted "yes" except for Sen. Rand Paul, R-Ky., who joined with all Democrats present who voted "no."

The failure in the Senate puts the chances of a new round of coronavirus relief in limbo as the country continues to reel from the health crisis and economic fallout that has killed about 190,000 Americans and left millions out of work.

Senate Majority Leader Mitch McConnell, R-Ky., devised the plan with Republicans, though he'd need at least seven Democrats to join him if the legislation was ever intended to clear the 60-vote threshold.

McConnell blamed the bill's failure on Democrats and accused them of not wanting to deliver a bipartisan bill to President Trump before the election on Nov. 3.

"[W]orking families have suffered and waited and wondered whether Washington Democrats really care more about hurting President Trump than helping them through this crisis," McConnell said in a floor speech prior to the vote.

McConnell's office pegged the cost of the bill as $300 billion, which includes spending offsets. 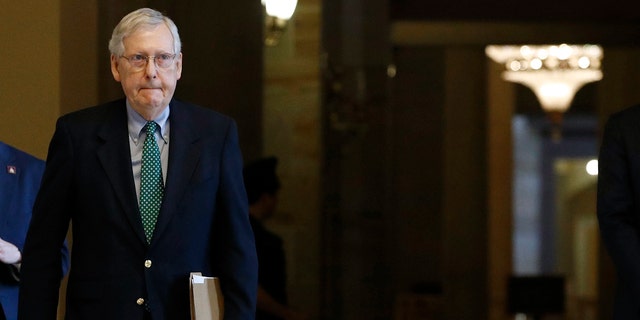 The legislation would have given an extra $300 per week in unemployment benefits through Dec. 27, a second round of Paycheck Protection Program funds to small businesses worth $258 billion and $105 billion for schools and colleges.

But the bill contained two things that Democrats panned as "poison pills:" McConnell's liability protection plan that would limit lawsuits against businesses and schools from people who contract COVID-19 on their premises, and at least $5 billion for school choice initiatives to help parents fund private schooling.

Senate Minority Leader Chuck Schumer, D-N.Y., blasted the skinny bill as "emaciated" and said he hopes bipartisan talks could resume. He said Treasury Secretary Steven Mnuchin and White House Chief of Staff Mark Meadows "may be forced to return to the table" to strike a deal with Democrats because the coronavirus is the issue Americans care most about during this election year.

"Let's not have a skinny bill when we have a massive problem," House Speaker Nancy Pelosi said of the GOP plan.

This was McConnell's second attempt at moving legislation in the GOP-led Senate. In July, he proposed a $1 trillion relief package, but it failed to go anywhere in the upper chamber, in part, because his own caucus is divided on whether a new round of relief is warranted given the rising deficit and positive jobs reports.

Congress passed four overwhelmingly bipartisan bills in the early days of the pandemic with the last piece of legislation to boost small businesses signed into law by Trump in April. But several of the programs have dried up or expired, including eviction protections and $600-per-week expanded unemployment benefits.

In May, the Democratic-led House passed its $3 trillion HEROES Act – the largest spending bill in history – and has been pressuring McConnell to pass something in the four months since. McConnell first said the Senate would "pause" to see if more federal aid was needed, and when he decided to act, leadership couldn't move anything. 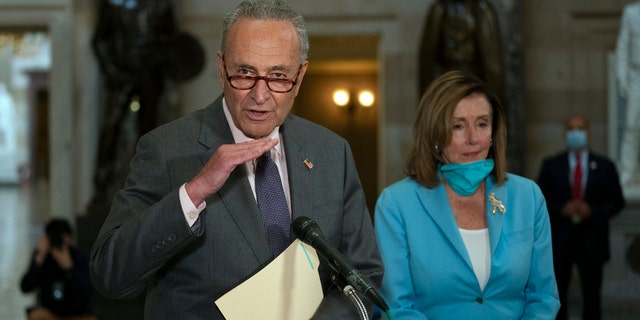 The White House, Pelosi, D-Calif., and Schumer, D-N.Y., had been in talks this summer, but haven't been able to reach a deal.

Even though the vote failed Thursday, the exercise served political purposes just weeks before the November general election.

McConnell gave GOP senators facing challenging reelection bids a chance to vote "yes" on a procedural bill to show voters they are willing to support additional coronavirus relief, including Sens. Susan Collins of Maine, Cory Gardner of Colorado, Martha McSally of Arizona and Joni Ernst of Iowa. And McConnell cast Democrats who opposed the procedural motion as uncaring obstructionists.

Working families "need us to act," McConnell said before the vote. "They need us to legislate. Today, they will see exactly who has their backs."