When you buy through our links, we may earn money from our affiliate partners. Learn more.

In anticipation of CES 2021, Sony has revealed its flagship collection of new Bravia XR 4K and 8K TVs. The lineup features a mix of LED and OLED models, with screen sizes as big as 100 inches.

For 2021, Sony's displays will be making the jump from the Android TV platform to the new and improved Google TV system. The upgraded smart TV interface offers a more modern design with an emphasis on content, making it easier to jump right to your favorite streaming shows and movies.

The new TVs also make use of Sony's latest picture processing technology, with the brand-new Cognitive Processor XR. This advanced system is able to intelligently optimize the picture by analyzing different elements and emphasizing the focal point. Unlike other AI picture processing systems, Sony says this method is able to better understand how people actually see images.

All of the Bravia XR models will also come equipped with HDMI 2.1 ports for next-generation gaming features, like 4K 120Hz support and variable refresh rate. With that said, some of these features may require a firmware update later in the year. For added convenience, most of the new TVs will also allow buyers to choose between three different stand positions, allowing you to place the feet in a narrow, standard, or high position to suit your setup.

Sony hasn't announced how much each new TV will cost yet, but full details will be revealed this spring. Below, we've broken down everything we know so far about each model. 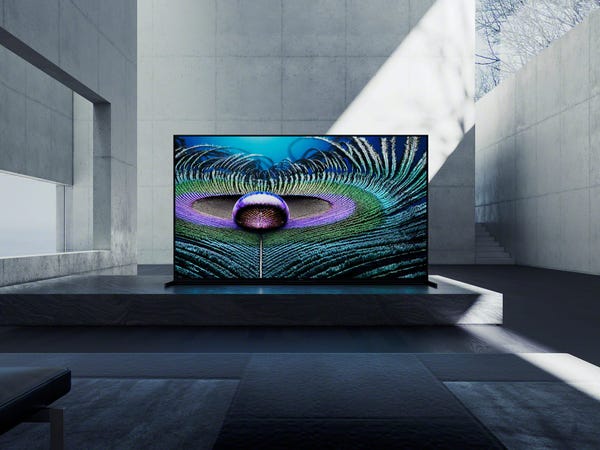 Sony's new Z9J 8K LED TV is sure to be a stunner, but the higher resolution is only a small part of what makes it so impressive.

Major TV manufacturers continue to push 8K resolution in their flagship models, and Sony is no different. That said, what makes the upcoming Z9J 8K TV so impressive has less to do with its resolution and more to do with its incredible brightness and contrast capabilities.

In addition to a native 8K panel, the TV boasts advanced local dimming. This allows the screen to dim and brighten across specific portions of the display for deep black levels and punchy highlights. Last year's Z8H model was capable of exceeding 2,000 nits, and we expect the new Z9J to offer similar if not better performance.

This means that the TV will be able to show off all the benefits of HDR streaming titles from services like Netflix and Disney Plus, as well as 4K Blu-ray discs. It will also offer a bright picture even if you watch TV in a room that lets in a lot of light.

Though the benefits of an 8K panel over a 4K screen remain hard to see from typical viewing distances, the TV's advanced upscaling should offer some visible improvements, especially at an 85-inch screen size. That said, I still don't recommend buying any 8K TV purely for its higher resolution. Actual 8K movies and shows are virtually nonexistent, and it's really this TV's HDR performance that makes it so special.

Though pricing hasn't been announced yet, buyers can expect the Z9J to be very expensive when it launches later this year. Last year's 85-inch Z8H 8K TV is currently listed for $9,000 and the 75-inch model still sells for $5,000. In other words, these 8K sets are really only geared toward big home theater fans with deep pockets. 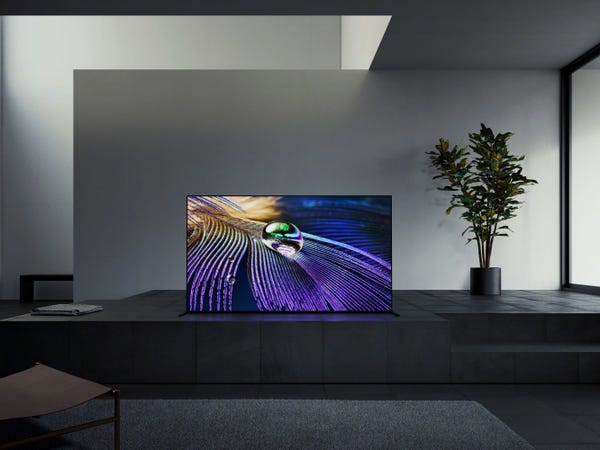 OLED remains my favorite consumer TV technology, and Sony's OLEDs are known for their incredibly accurate image. In fact, the 2020 Sony A8H is our pick for the best OLED TV for picture quality. The new 2021 A90J is designed to carry over that impressive performance while addressing one of the few areas where OLEDs have lagged behind other TV options: brightness.

Like other OLED TVs, the A90J features pixel-level contrast with true black levels. But unlike older models, the new A90J adds an aluminum sheet to the panel laminate. This allows the screen to disperse heat better. The TV is also able to employ WRGB light emission rather than just use white light.

What all that technical jargon should translate to is a higher peak brightness than we're used to seeing on an OLED TV. Higher peak brightness will make highlights pop more realistically for an even more impressive sense of contrast and depth. Low brightness was one of the only drawbacks for Sony's 2020 OLED models, so we're excited to see the improvements the A90J offers.

For buyers who would rather pay a little less for an OLED without higher brightness, Sony is also offering a new A80J model which will have brightness levels more on par with last year's models. Both OLEDs will also feature Sony's Acoustic Surface Audio+ technology. This tech allows the screen itself to become the speaker. 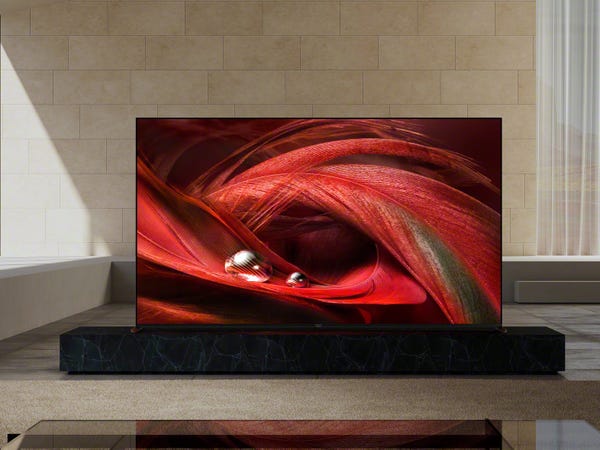 Not to be forgotten among the company's more buzzworthy 8K or OLED TV offerings are Sony's new high-end 4K LED TVs. The X95J and X90J are both shaping up to be impressive options in 2021.

Both models use full-array local dimming for better contrast and black levels than a typical LED screen. That said, unlike Samsung, Sony isn't jumping on the Mini LED bandwagon just yet. Mini LED could end up giving Samsung's Neo QLED TVs an edge over Sony's LED TVs, but we'll have to wait to get hands-on with both to know for sure.

Still, even without Mini LEDs, the X95J and X90J both feature impressive specifications on paper. The X95J will offer higher brightness and better contrast than the X90J, but both should provide strong HDR performance for movie-watching, streaming, and gaming. And unlike last year's X900H, the new X90J will use the same advanced processor as the more expensive models in the lineup.

You can purchase syndication rights to this story here.

Disclosure: This post is brought to you by the Insider Reviews team. We highlight products and services you might find interesting. If you buy them, we get a small share of the revenue from the sale from our commerce partners. We frequently receive products free of charge from manufacturers to test. This does not drive our decision as to whether or not a product is featured or recommended. We operate independently from our advertising sales team. We welcome your feedback. Email us at [email protected]