The head of new buy now, pay later entrant Splitit has hit out at rivals offering vulnerable consumers lines of credit, saying they will be hit hardest by the economic pressures brought on by COVID-19.

Splitit chief executive Brad Paterson told The Age and The Sydney Morning Herald that companies who "gouge and profiteer" will suffer, as they are more likely to weather bad debts and lose customers as scorned users look for alternatives. 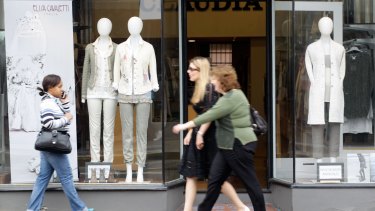 "Companies who aren't gouging or profiteering from this by giving credit to those who shouldn't have it, they will do very well," he said. "But those who try to … will pay a price dearly in the future."

Australia's two largest buy now, pay later companies, Afterpay and Zip, provide lines of credit to consumers and shares in both have plunged as investors raised concerns over what effect the coronavirus would have on their businesses.

Splitit, however, does not take on debts itself, instead utilising the unused credit on a customer's credit card to pay for an item upfront and then charging the customer in monthly instalments.

It is for this reason the US-based executive maintained his newly-listed company was well-placed to weather the coronavirus, which has stymied spending and caused a massive spike in unemployment globally.

"When the virus first broke out we saw a downward trend in transaction volume, but that was brief and soon turned around. And we've been very happy with growth over the last four weeks," Mr Paterson said.

This hasn't exempted Splitit from the broader sharemarket rout, with the company's stock dropping nearly 50 per cent since the beginning of February. It has since recovered from an all-time low of 22¢ in late March to last trade at 36¢.

Despite the concerns, both Zip and Afterpay have also maintained the coronavirus has had minimal impact on business, with Zip telling investors last week trading volumes had not "significantly deteriorated" since the onset of the pandemic. 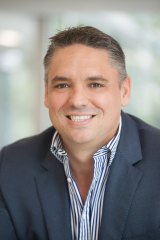 However, the company still chose to impose strict cost-cutting measures, including laying off 64 staff, cutting executive salaries by 20 per cent and delaying its UK launch.

Similarly, Afterpay chief executive Anthony Eisen reassured investors on March 19 the business had not seen any "material impact", though the company is set to update investors on Tuesday on its performance over recent weeks.

Citi analyst Siraj Ahmed told clients in March Afterpay was "high risk", saying there would likely be an increase in bad debts and a significant drop in consumer spending due to the crisis.

"We believe investors should focus on whether Afterpay can come through on the other end with reasonable liquidity while maintaining its brand and customer value proposition," he said.

Some operators, Mr Paterson included, have remained bullish on the pandemic's potential to help attract additional customers, believing an increase in cautious consumers will spur greater demand for closely-controlled finances.

"During these times, consumers demand more control over the money and greater flexibility," he said. "We're seeing people buy more necessity-based things, and people are pushing the number of instalments from five months to seven months, on average."

Broadly, Mr Paterson expects Australia to stage a "V-shaped bounceback" from the coronavirus crisis, though discretionary retailers and small businesses could take much longer to recover.

"I think it will take a long time for small businesses to bounce back," he said. "There's going to need to be a bit of nation-building to help small businesses get back on their feet and people find jobs again."

Get our Coronavirus Update newsletter for the day’s crucial developments at a glance, the numbers you need to know and what our readers are saying. Sign up to The Sydney Morning Herald’s newsletter here and The Age’s here.