For over a year, Congress has been pursuing President Donald Trump’s financial records in order to investigate the personal finances that Trump has gone to great lengths to conceal. A court fight over subpoenas for those records reached the Supreme Court on Tuesday in Trump v. Mazars USA LLP. This case could result in a major separation-of-powers ruling that changes whether, or how, Congress can investigate the president.

The main question that arose during Tuesday’s argument was what limits could exist when Congress subpoenas the personal records of the president, or anyone else for that matter.

In the spring of 2019, three House committees issued subpoenas to Trump’s accounting firm, Mazars, and lenders Deutsche Bank and Capital One, as part of its investigations into international money laundering and executive branch disclosure laws.

Trump intervened in court to block the subpoenas with a sweeping argument that Congress has practically no authority to investigate the president, even related to things that happened before he assumed office. These arguments were rejected by judges in the U.S. Court of Appeals for the 2nd Circuit and the D.C. Circuit Court of Appeals.

Justices appear interested in two key questions during Tuesday’s arguments. First, they asked lawyers for Trump and the Department of Justice why they should not simply defer to Congress to explain its reasoning for pursuing the subpoenas. Second, justices asked the counsel for the House of Representatives whether there was any limit on subpoenas for personal records Congress could issue. Both sides had trouble answering these questions.

But it was the second question that had both conservative and liberal justices grasping for an answer. Whether the court rules against Trump may very well hinge on whether a majority on the court can thread a needle that places limits on Congress’ subpoena power when targeting the president while also upholding these particular subpoenas. 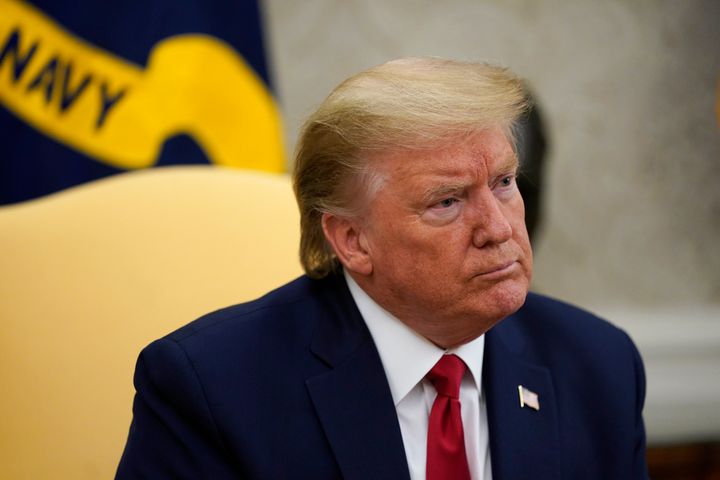 Such a ruling may look like the one Chief Justice John Roberts wrote in 2012 to uphold the Affordable Care Act by keeping the law intact while moving legal precedents in a more conservative direction. In this case, such a ruling would expand executive power at the expense of the legislative branch without striking down these particular subpoenas.

Almost every justice pressed House general counsel Douglas Letter for a limit on what records Congress could subpoena as a case study for considering relevant legislation. He repeatedly stumbled to provide an answer.

Roberts asked for a “plausible example that you think is beyond any legislation that Congress would write.”

The courts had previously ruled that Congress could not do so if there was no clear legislative purpose undergirding the subpoenas, Letter argued.

“Your test is not much of a test,” Roberts said, adding that Letter was not taking into consideration the separation-of-powers question at issue.

The four liberal justices ― Ruth Bader Ginsburg, Stephen Breyer, Sonia Sotomayor and Elena Kagan ― followed up on this line of questioning to ask what limiting principle existed to prevent Congress from simply harassing the president with subpoenas for private records.

Letter could not provide a clear limit to what constitutes a “valid legislative purpose.” He argued that these subpoenas did not constitute harassment of the president as they were issued to third parties and the president would not have to review or respond to them.

Justice Samuel Alito said he was “baffled by your answer to Justice Ginsburg about the use of subpoenas to harass a president.” He argued that the lack of a limiting principle would enable Congress to engage in endless harassment of the president going forward, and wanted to know what limit the House thought existed on its subpoena power.

The courts would adjudicate that, as the Supreme Court ruled in the 1998 Clinton v. Jones case, Letter argued. They would judge whether there is a valid legislative purpose for the subpoena.

“You were not able to give the chief justice even one example of a subpoena that would not be pertinent to some conceivable legislative purpose, were you?” Alito replied.

“That’s correct, because this court has said Congress’ power to legislate is extremely broad,” Letter replied.

Letter admitted that there could be executive and state secrets privileges that could limit some subpoena requests for private records of the president, depending on the documents requested. But in this case, Letter said, “there has been no privilege claim and no claim there has been a burden [on the president].”