As the government spending has gone “out of control,” Rep. Tony Gonzalez, R-Texas, told “Fox Report” Saturday that Republican lawmakers are pushing for a bipartisan infrastructure bill.

REP. TONY GONZALEZ: I mean, what a deal. Only 1 trillion instead of 6 trillion? I mean, one, the spending has gotten really out of control. I would say Republicans have really pushed hard for a bipartisan infrastructure package.

And, look, our roads are crumbling. Our bridges are falling apart. Our ports need to be updated. There is no doubt about that. But there is a couple of red line items for us: One, we will not accept any raising of taxes. That’s one. I think there’s an opportunity, maybe to reappropriate some COVID funds that haven’t been spent. I think that’s an opportunity to get it going, but we really have to have the discussion on what is infrastructure.

And the other thing I would add is I would like to see some cybersecurity aspect in there. We have seen some of the most recent things occur with the pipeline, with the meat factory, and others meat plants and others, so we have got to ensure cybersecurity is included in that infrastructure discussion. 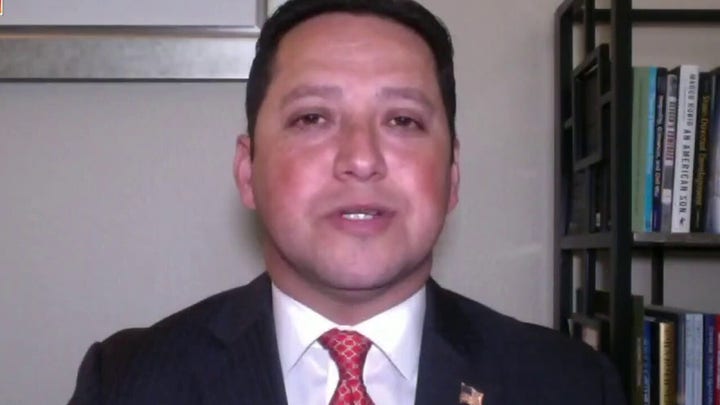