An abortion ban in Texas during the coronavirus outbreak can temporarily continue, a federal appeals court ruled on Tuesday.

Patients may not receive an abortion in the state unless it is medically necessary to preserve their life or health. Providers who violate the executive order could face a fine of up to $1,000 or 180 days of jail time.

As a result, abortion clinics in the state were forced to cancel hundreds of appointments. A coalition of reproductive rights groups filed a lawsuit challenging the ban on Wednesday.

On Monday, a federal judge temporarily blocked Texas from enforcing the abortion restriction. “The attorney general’s interpretation of the Executive Order prevents Texas women from exercising what the Supreme Court has declared is their fundamental constitutional right to terminate a pregnancy before a fetus is viable,” U.S. District Judge Lee Yeakel wrote in his decision.

Less than 24 hours later, the U.S. Court of Appeals for the 5th Circuit reversed the ruling. In a 2-1 opinion, the appeals court ruled that the order from the lower court be stayed until an appeal from Texas is considered.

In a statement, Nancy Northup, president and CEO of the Center for Reproductive Rights, said that the 5th Circuit was escalating the fear and confusion women seeking abortion in Texas are already experiencing.

“The trial court found just yesterday that women will suffer irreparable harm if clinics are closed,” she said. “We will continue fighting this legal battle against Texas’ abuse of emergency powers.” 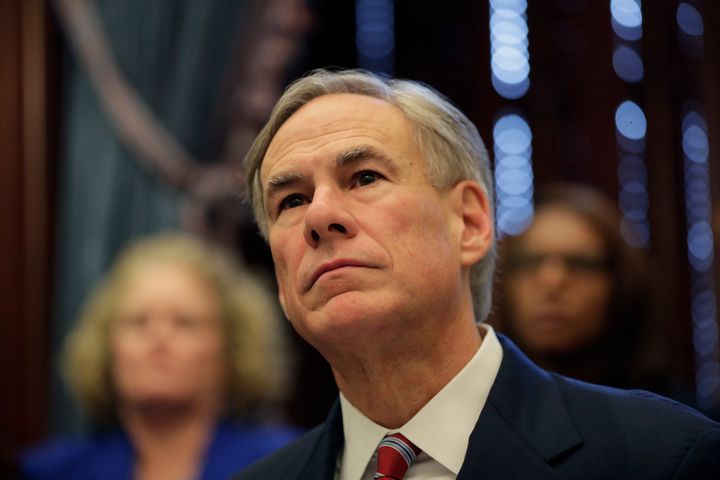 State officials in Texas have defended the ban as an important public health measure.

“Abortion providers who refuse to follow state law are demonstrating a clear disregard for Texans suffering from this medical crisis. For years, abortion has been touted as a ‘choice’ by the same groups now attempting to claim that it is an essential procedure,” said attorney general Paxton in a statement. “My office will continue to defend Governor Abbott’s Order to ensure that supplies and personal protective gear reach the hardworking medical professionals who need it the most during this health crisis.”

But reproductive rights groups say Texas is among a growing number of states that are taking advantage of the pandemic to stealthily erode abortion access. Ohio, Iowa, Alabama, Mississippi and Kentucky have all taken steps to halt abortion, claiming that the procedure is elective and can simply be postponed.

“Texans are losing their jobs, they are struggling to put food on the table, they can’t get COVID-19 testing – meanwhile indicted Texas Attorney General Ken Paxton is doubling down on banning abortion,” said Aimee Arrambide, executive director, NARAL Pro-Choice Texas, in a statement. “Texans know abortion is a time-sensitive procedure that can not be delayed without profound consequences and Texans will remember that when they needed help during a pandemic, their state leaders were too busy politicizing and banning abortion care.”

The impact of Texas’ abortion ban has already been felt by many women in the state. One college student told HuffPost that she had to drive 24 hours and stay in an Airbnb in another state to access the abortion pill.

“I feel let down by my government,” she said. “Frankly, I feel like my constitutional rights were violated when I needed them the most.”