Turning around Twitter is an uphill job. Since Elon Musk bought the social media website for $US44 billion ($66 billion) at the end of October, around 4,700 staff have either been fired or quit. Advertisers have fled as the red carpet has been rolled out for Donald Trump’s return. And regulators and politicians around the world are sharpening their knives.

Who can Musk turn to? A 33-year-old programming prodigy who is between projects, it seems. 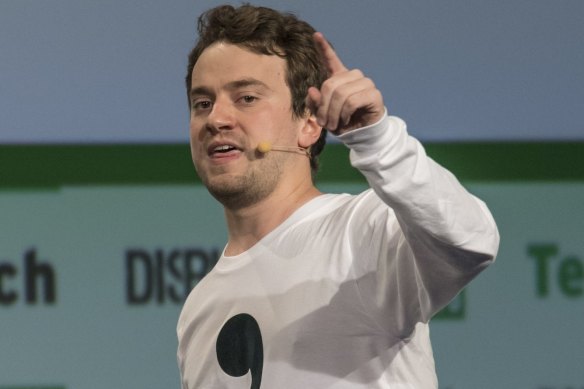 George Hotz rose to prominence aged 17 after becoming the first person in the world to hack an iPhone.Credit:Bloomberg

The Tesla chief this week hired coder and entrepreneur George Hotz to overhaul Twitter’s search engine, part of a wide-ranging effort by Musk to turn around the stuttering business.

As so often happens with Musk, the job came about on Twitter: the billionaire responded to a Tweet from Hotz saying he would be “down for a 12-week internship at Twitter” to offer him a position.

Hotz may be little known outside of the tech world but he is well established within it. He has founded several companies and has tens of thousands of followers on Twitter, Instagram and code sharing platform GitHub. The software engineer began his career in his teens as a security hacker, exposing weaknesses in software by breaking into them.

He rose to prominence aged 17 after becoming the first person in the world to hack an iPhone. “Geohot”, as he styles himself, repeated the same trick with Sony’s PlayStation years later.

He soon moved onto the world of artificial intelligence and founded car automation startup Comma.AI while still in his mid-20s.

A lengthy Bloomberg profile on Hotz and his project from 2015 said he was “taking on Google and Tesla by himself”.

It was around this period that Hotz first met Musk, after being introduced by a mutual friend. The billionaire was impressed by the curly-haired coder’s knowledge of artificial intelligence technology in vehicle automation, which is to this day still a cutting-edge field. Musk offered him a job at Tesla.

“I appreciate the offer, but like I said, I’m not looking for a job,” Hotz recalled responding. 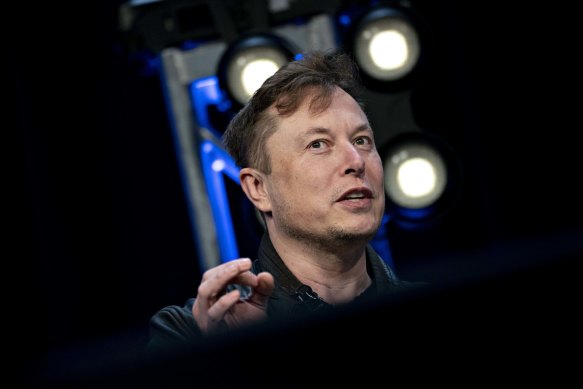 Since Elon Musk bought the social media website for $US44 billion  last month, around 4,700 staff have either been fired or quit.Credit:Bloomberg

This time, though, he hasn’t turned down the opportunity and is now in charge of improving search on Twitter. He has three months to make his mark on a very visible feature used by the majority, if not all, of Twitter’s 229 million daily users.

Hires like Hotz signal Musk’s thinking on what the future of Twitter might look like. Not only does the new owner want coders with top-end technical skills, he wants people without the Left-wing bias he saw among Silicon Valley’s old guard.

A post on Hotz’s personal blog earlier this year suggests libertarian leanings: “The problem with the state is that it is bad, not that the wrong people are in it. If everyone renounced their desire for power over others tomorrow, I’d have no worries about the future.”

“If you cannot renounce this desire, f— off. You are the problem,” he adds.

While musing about the role of belief systems in society on his blog, Hotz took shot at left-wing US institutions, writing: “So the obvious solution seems like the construction of a better church, to compete with Harvard and the New York Times, perhaps one more oriented toward truth and less toward ‘status’.”

Entries on Hotz’s blog display a clear intellectual curiosity, covering topics ranging from the theory of money creation to an analysis of the terrorist manifesto of the Unabomber.

“I can’t bring myself to accept his conclusion that technology is bad and our only hope is to destroy it,” he says.

In a nod to the techno-libertarianism that abounds in certain Silicon Valley circles, Hotz also suggests replacing government with benevolent machines, saying: “The idea is to replace the useful functions of the state with locally controlled and owned machines… If your stuff is cheaper and better, people just won’t use the state anymore.”

Hotz is not only a coder but a prototype for Twitter staffers of the future: deeply knowledgeable about his topic and questioning of the status quo.

Expanding on his personal philosophy, he echoes Musk’s planned human mission to Mars, saying: “Tomorrow, if I had a strong superhuman AI, I would have it build me a spaceship and get out of here as close to the speed of light as I can.”

Hotz has already thrown himself into the job at Twitter, canvassing his 93,000 followers on the site to ask for their opinions on how to improve search, as well as expressing his own bugbears about the service.

“Trying to get rid of that non-dismissable login pop up after you scroll a little bit ugh these things ruin the Internet,” he tweeted. “If I just get rid of the pop up I still consider my internship a win.”