A study has found two in five Britons have chosen to use their local, independent shops more as a result of the lockdown. This could result in a resurgence of the use of butchers and greengrocers, often eclipsed by larger supermarkets.

The research, undertaken by consumer website Finder.com, also revealed over a third of Britons plan to continue these habits, and turn away from supermarkets after lockdown ends.

The survey questioned 2,000 people on their shopping habits between March 24 to 28, 2020 and tracked how shopping was evolving during the coronavirus crisis.

Britons cited the main reason for their move away from supermarkets was to avoid long queues and busy crowds.

Other reasons referenced included the desire to support local business, and not being able to find specific items in supermarkets. 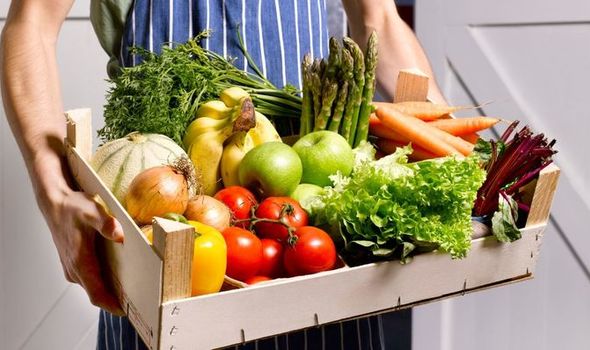 However, a smaller percentage of people, 29 percent, said their shopping habits had not changed as a result of the outbreak, and that they were continuing to shop in the same way.

Those in Wales are the most likely to visit independent shops, with the survey finding 51 percent of residents there have visited these stores more during lockdown.

Research from Finder also cited sales figures from the British Retail Consortium (BRC) which showed March 2020 as a “retail rollercoaster”.

Two weeks of stockpiling were then followed by a 27 percent sales slump, with March sales down by 4.3 percent year on year.

Kyle Monk, the head of insight and analytics at the British Retail Consortium, said: “Coronavirus continues to pose an unparalleled challenge to retailers, as evidenced by our latest data on retail sales, which saw a record decline in March.

“As restrictions are eased, we will likely see a phased reopening of stores, with retailers taking added precautions to protect staff and customers.

“Though with many people trying internet shopping for the first time, particularly among more vulnerable groups, it is quite likely that a proportion of these shoppers will not revert back to in-store for some time, if at all.

“The effects of this crisis, especially on consumer demand, will be felt for a long time yet.” 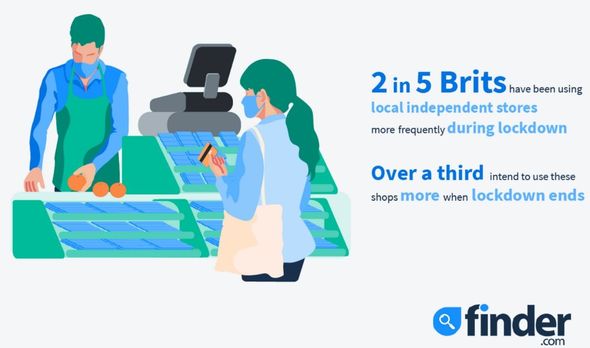 It was found those born between 1965 and 1980 were the most likely group to increase their visits to local stores, with 45 percent using them more.

However, seven percent of those consumers surveyed stated they were currently unable or unwilling to leave the house to shop.

Georgia-Rose Johnson, shopping expert at Finder, stated: “The fact that local, independent shops appear to be experiencing a boom in both demand and support during the lockdown will play a vital role in keeping local economies alive.

“It is an opportunity for these local shops to remind the community of the value and convenience they bring, and it seems this is being reciprocated by the high numbers of shoppers who want to support local business. 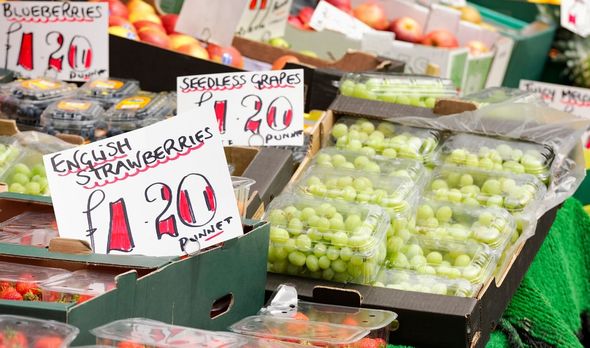 “A lot of people intend to continue giving regular custom to local shops, but the acid test will be when life eventually goes back to normal.”

Many supermarkets have introduced social distancing measures to adhere to government advice on preventing coronavirus from spreading.

People are advised to keep two metres apart, and queues are formed outside to prevent too many people from entering at one time.

Local stores including Nisa, Spar and Budgens have also implemented similar rules to ensure the safety of shoppers.