Instagram grew out of Kevin Systrom's love of photography.

The app, which was founded 10 years ago this month and has become one of the most popular social media apps in the world, was Systrom's baby until, in 2018, he and cofounder Mike Krieger abruptly left the company.

The news came following months of turmoil and scandals for Facebook, Instagram's parent company since 2012. (There had reportedly been tension between the founders and Facebook CEO Mark Zuckerberg as well.)

But before Systrom was Instagram's billionaire founder, he was a photographer, Google employee, and bourbon enthusiast. Here's how Systrom got his start and built Instagram into what it is today.

Systrom was born in Holliston, Massachusetts, a wealthy suburb of Boston. His father worked as a human resources executive, while his mother worked in tech — first at Monster and Swapit, and later at Zipcar. 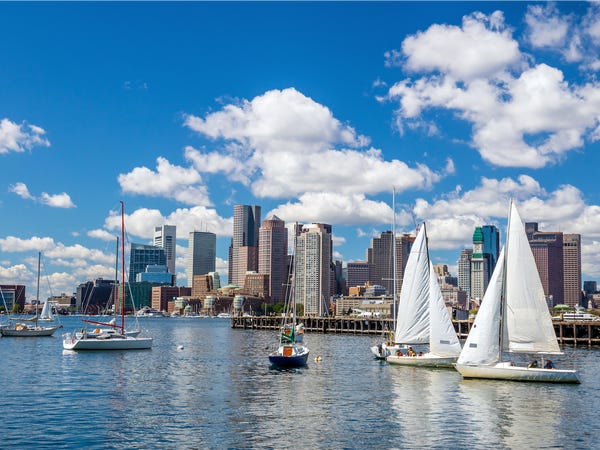 As a teenager, Systrom was obsessed with record collecting and deejaying. While still in high school, he used to have his friends sneak him into clubs in the Boston area to open for established DJs. 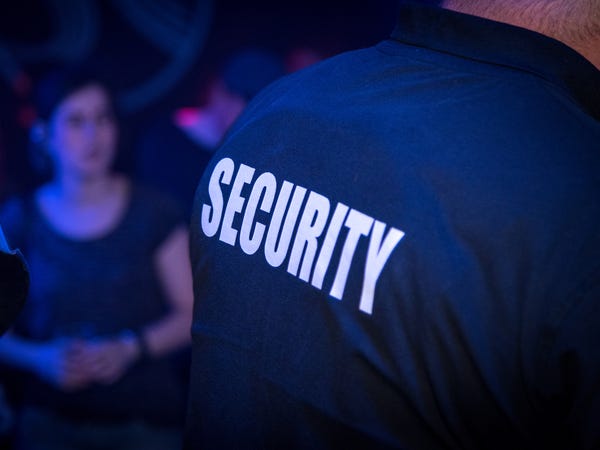 Systrom applied early decision to Stanford University. He had planned to study computer science, but once he arrived, decided to switch majors to management science and engineering. 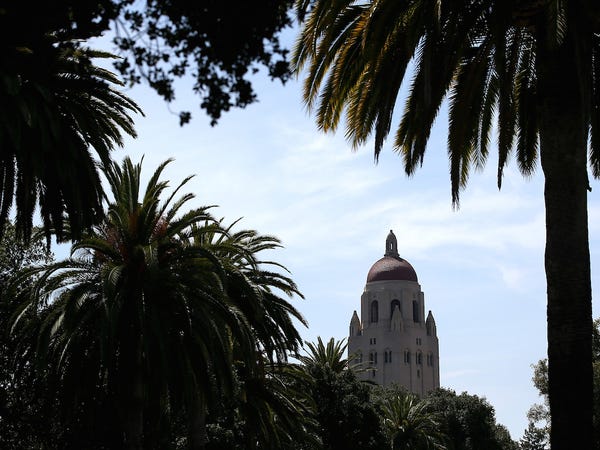 Systrom soon became interested in photography, and built a photo sharing site for his fraternity brothers in his spare time. During his junior year, he spent a semester in Florence to study photography. 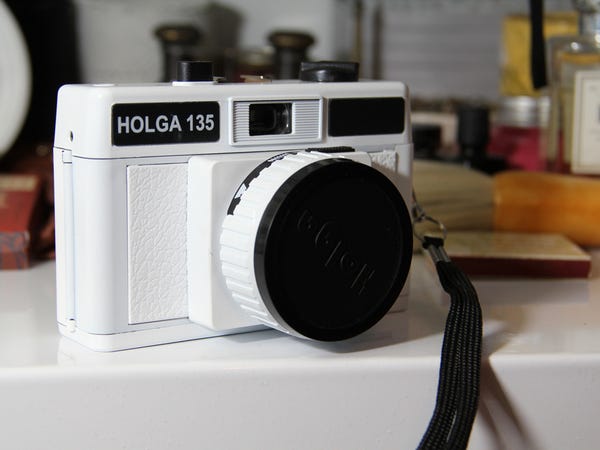 It was in Florence that Systrom stumbled upon the aesthetic that would define Instagram in the early days: one of his professors showed him a cheap film camera called a Holga, which takes hip, vintage-looking photos.

Right before his senior year at Stanford, Systrom interned at a podcasting company called Odeo. Odeo was founded by Evan Williams, who went on to create Twitter. Twitter CEO Jack Dorsey was also working at Odeo at the time, and he and Systrom became good friends. 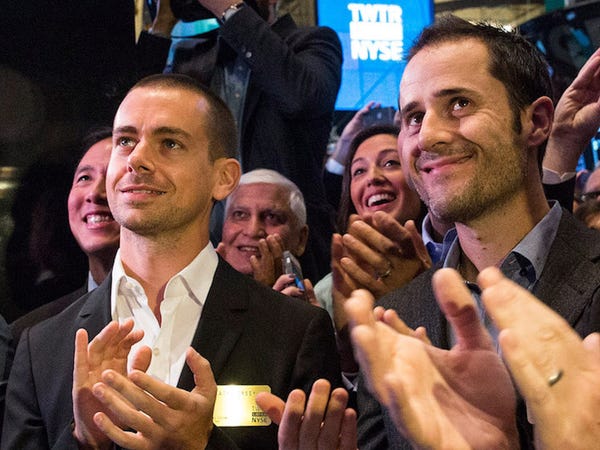 In 2004, while Systrom was still in college, Mark Zuckerberg tried to recruit him to come work at Facebook. Systrom turned him down. 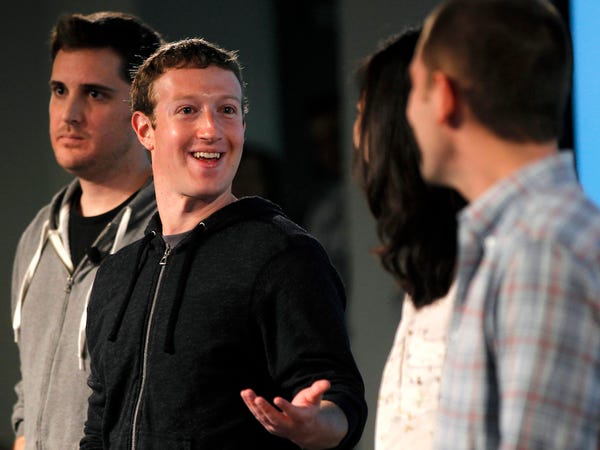 "Unfortunately, I decided I wanted to stay in school, and that's one of those decisions that I look back at — I would've loved to have been part of Facebook's growth over the years, but it was the first time I met those guys," Systrom told Fast Company in 2011. "It was certainly the harbinger for what was to come in my future."

After graduation, Systrom was offered a job at Google. For the first two years out of school, Systrom handled marketing for Gmail and Google Calendar. He later switched to Google's M&A division. 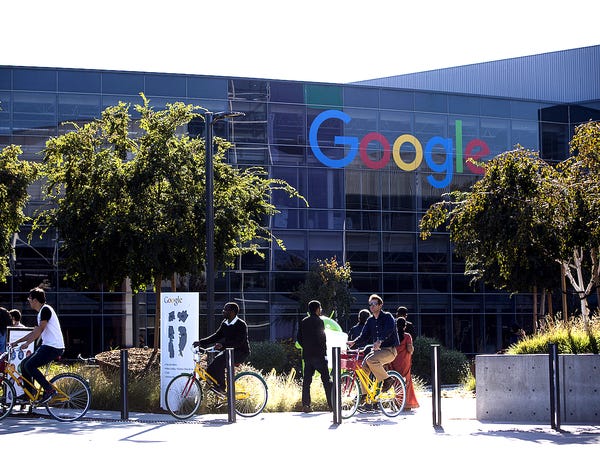 After three years at Google, Systrom left to work at a social travel recommendation startup called Nextstop. The company was acquired by Facebook in July 2010. 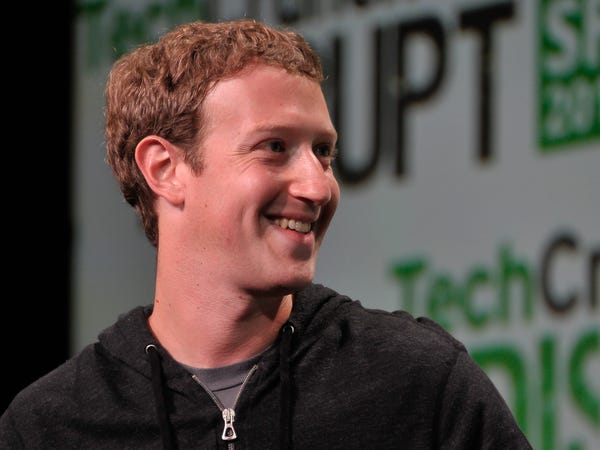 Around the same time, Systrom began working on his own app, which he initially named Burbn after his favorite spirit. The app combined location-based social networking and photo sharing. 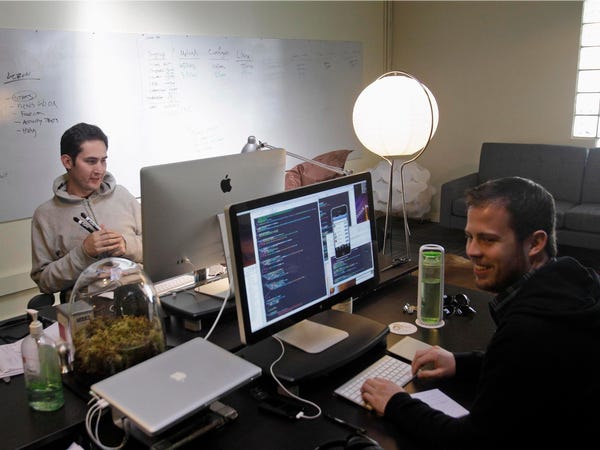 Venture capitalist Steve Anderson of Baseline Ventures decided to invest $250,000 in Burbn, even though it was still in its early stages. Marc Andreessen and Ben Horowitz contributed another $250,000 in the same round. 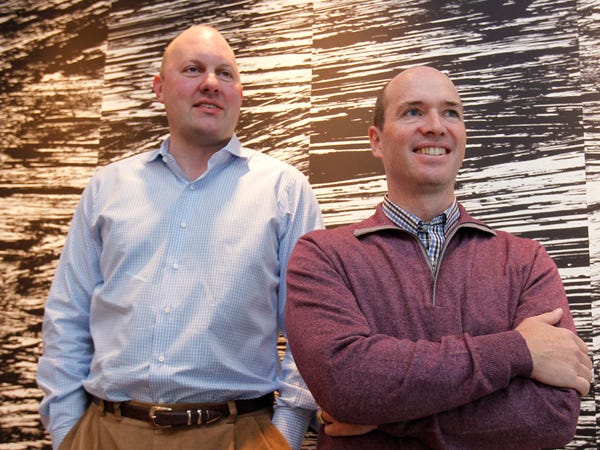 Soon after, Systrom brought on Mike Krieger as a cofounder. Krieger also graduated from Stanford, just two years behind Systrom. Before joining Systrom, Krieger was working on his own app called Meebo. 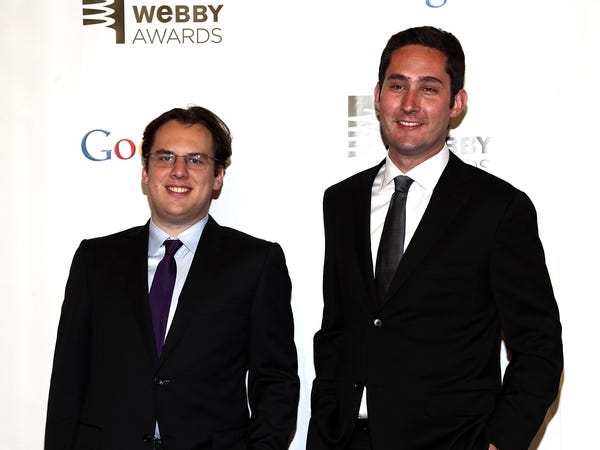 Soon after Krieger joined, the pair decided to pivot Burbn, eliminating most of the features to focus solely on photo sharing. But the real "a-ha moment" came while Systrom was on the beach with his now-wife, Nicole. 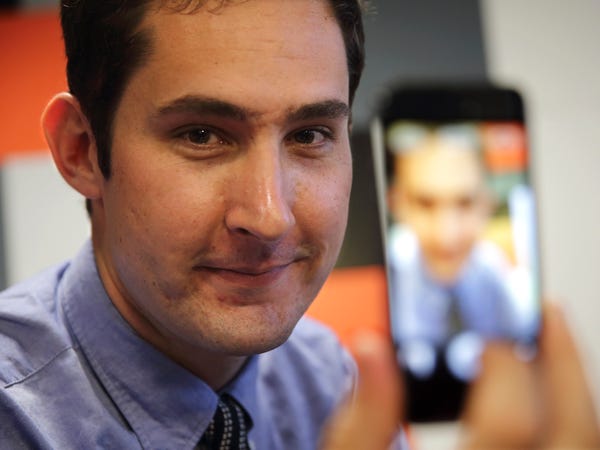 Here's how Systrom explained it to the Telegraph:

We were walking along the beach and I said that we needed something to help us [the company] stand out. Nicole then said, "Well, I don't want to take photos, because my photos don't look good. They're not as good as your other friend Greg's."

He was also using the early product [Burbn]. I told her that was because Greg used filter apps. So she just said, "Well, you should probably have filters then."

Systrom then sat down to make a filter. The first one, called X-Pro II, it still used in the app today.

Systrom and Krieger officially changed the name to Instagram in October 2010. The name is a combination of "instant" and "telegram." When the app went live, more than 25,000 people downloaded it in the first 24 hours, crashing Instagram's servers. 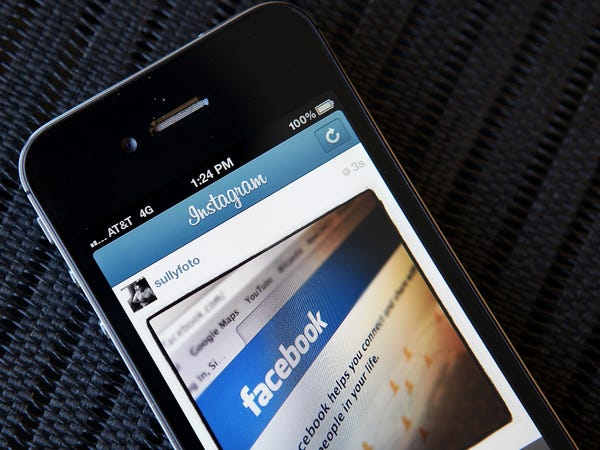 A month after launching, Instagram had grown to 1 million users. Nine months later, that was up to 7 million. 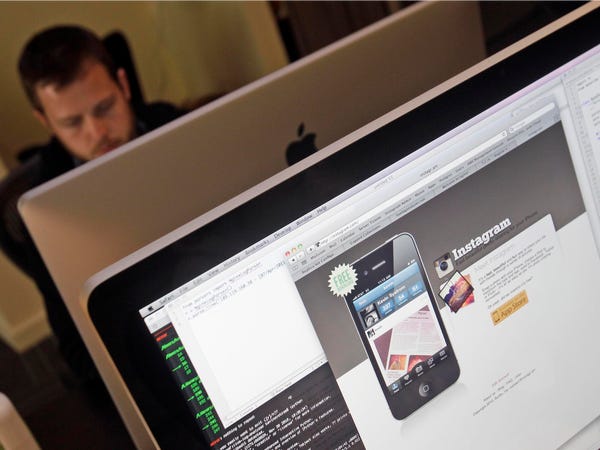 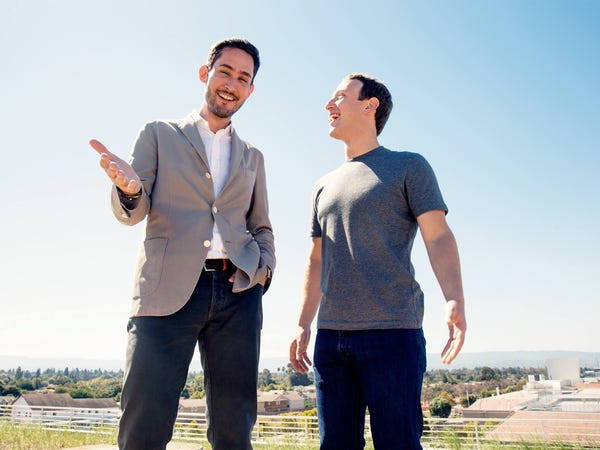 These days, Systrom is worth an estimated $1.8 billion. He spends his time cycling, playing golf, and traveling, and he's interested in fashion. He's met and worked with several well-known designers, and he's attended the Met Gala multiple times. 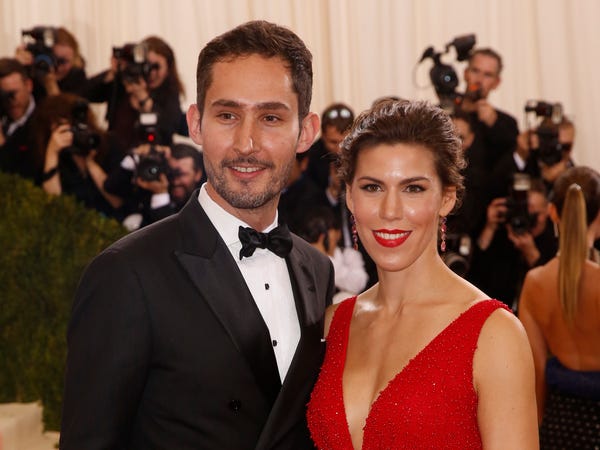 He also takes the time to help friends set up Instagram accounts — like he did in 2016, when he flew to the Vatican to personally help Pope Francis create an account. 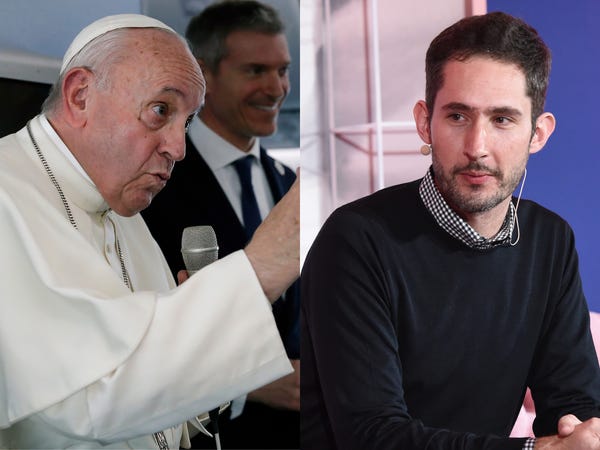 On the Halloween of 2015, Systrom married Nicole Schuetz, a fellow Stanford grad and the founder of clean energy investment firm Sutro Energy Group. The couple now has a daughter together, Freya. 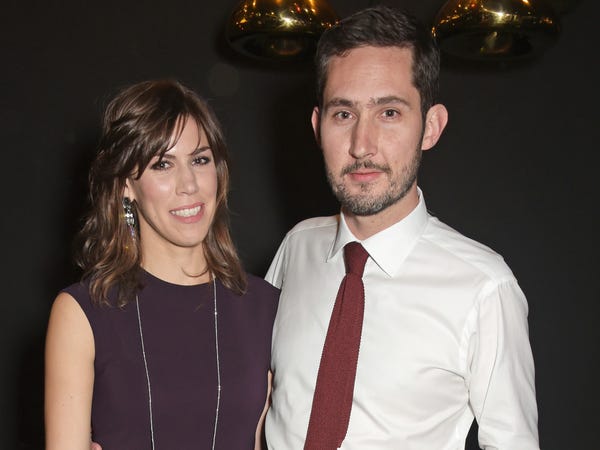 The Systroms also share a golden retriever named Dolly. Dolly has her own Instagram account, with more than 18,000 followers, though it's not clear where she is these days — Dolly's account hasn't been active since August 2018.

Today, Instagram is one of the most-used apps and services in the world. In June 2018, the app hit 1 billion active users. 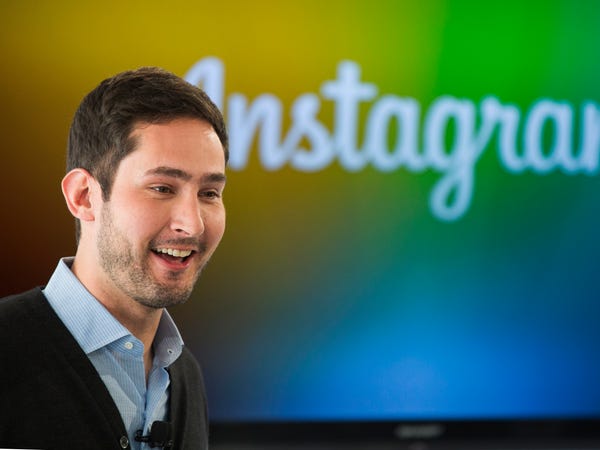 Despite Instagram's success, however, there were reportedly growing tensions with Zuckerberg "over the direction of the product." In September 2018, Systrom and Krieger abruptly announced that they were stepping down as CEO and CTO, respectively. 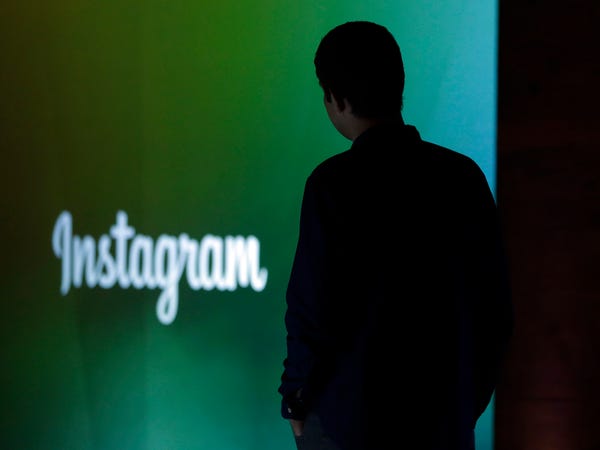 Systrom said in a statement that they both plan "on taking some time off to explore our curiosity and creativity again."

Since Systrom's departure, Adam Mosseri has stepped in to lead Instagram.

After leaving Instagram, Systrom and Krieger kept a low profile, though they did attend the SXSW conference in 2019. Systrom has been quiet on Instagram, too: he has since deleted all the photos he posted on the app over the past two years or so. 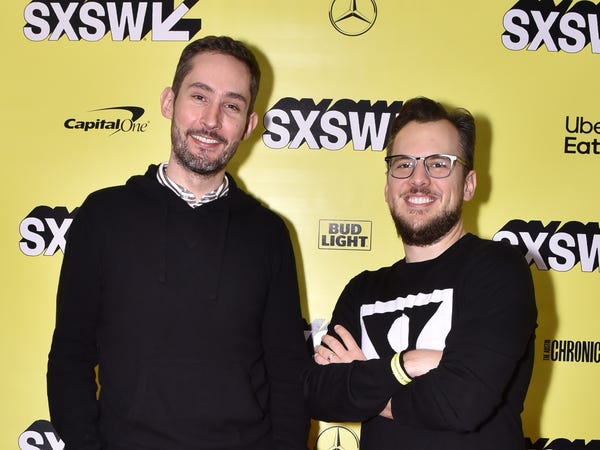 As the coronavirus outbreak spread in the US, Systrom and Krieger teamed up on a new project called rt.live, a coronavirus tracker that estimates the rate of transmission in each US state.

In September 2020, amid the ongoing saga surrounding TikTok, The New York Times reported that the company had approached Systrom about taking the helm, which has been vacant since August. Taking over at TikTok would put Systrom in direct competition with Zuckerberg once again. 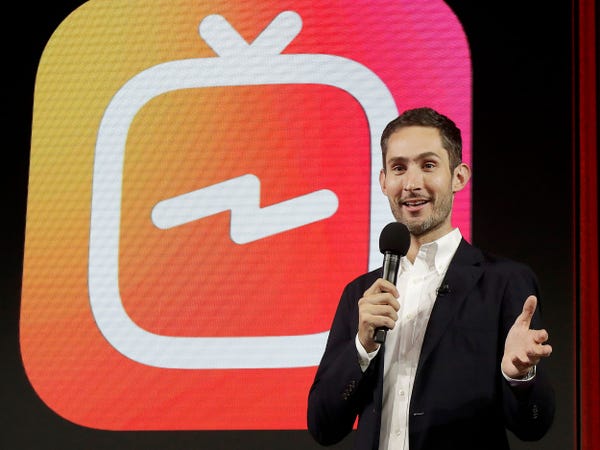