As New York Gov. Andrew Cuomo (D) faces an investigation over his alleged sexual harassment of two former aides, a third woman came forward with an account of his unwanted advances.

Anna Ruch, 33, told The New York Times that she met Cuomo at a wedding in September 2019 where the governor placed his hand on her bare lower back, then, after she removed it, brought his hands up to both of her cheeks and allegedly asked if he could kiss her. She pulled away.

“I was so confused and shocked and embarrassed,” Ruch told the Times, which included a photo of Cuomo holding her face in its report. “I turned my head away and didn’t have words in that moment.”

Cuomo’s office did not immediately respond to a request for comment.

Unlike the two other women who have come forward with accusations of sexual harassment against Cuomo, Ruch was not his employee (she previously worked for the Obama administration and the 2020 Biden campaign). But her story is part of an emerging pattern of accounts of Cuomo making nonconsensual advances on younger women.

Last week, Charlotte Bennett, a 25-year-old former aide to Cuomo, told the Times that Cuomo, who is 63, asked her inappropriate questions about her sex life, including whether she “had ever been with an older man.” And former staffer Lindsey Boylan wrote in a Medium post that Cuomo had kissed her without her consent while she was working for him in 2018 and that he had asked her to play strip poker in 2017.

Cuomo denied Boylan’s allegations and said Saturday that he meant to be a mentor for Bennett. In a statement Sunday, Cuomo acknowledged that “some of the things I have said have been misinterpreted as an unwanted flirtation. To the extent anyone felt that way, I am truly sorry about that.” 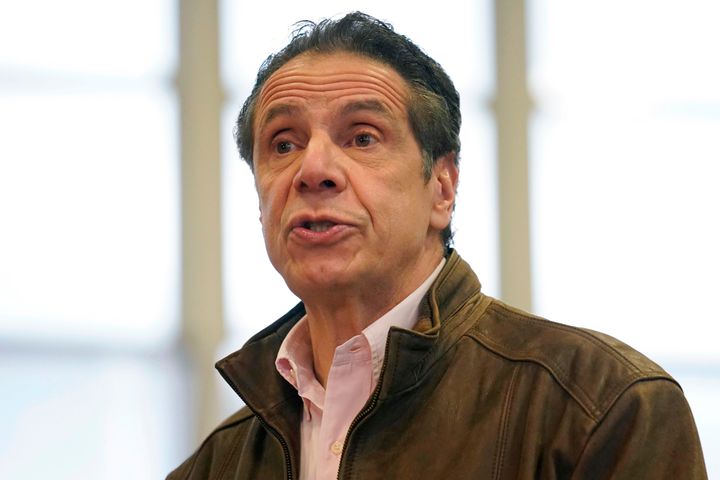 Former aide Bennett noted in an interview Monday with the Times that “it took the governor 24 hours and significant backlash to allow for a truly independent investigation.”

“As we know, abusers — particularly those with tremendous amounts of power — are often repeat offenders who engage in manipulative tactics to diminish allegations, blame victims, deny wrongdoing and escape consequences,” Bennett said. “These are not the actions of someone who simply feels misunderstood; they are the actions of an individual who wields his power to avoid justice.”