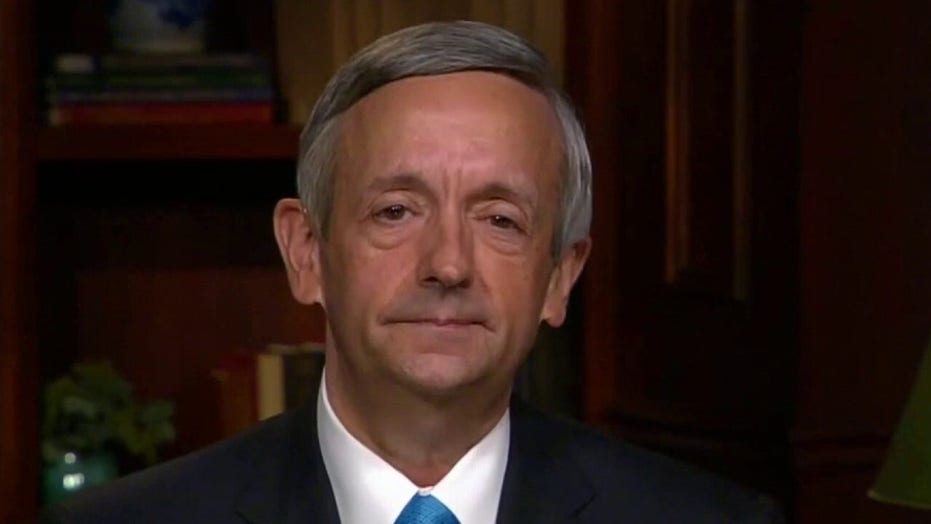 For many Americans, the most painful consequence of the coronavirus lockdowns is the closing of church services. The grace and peace of Sunday makes it easier to make it through the week. But our media and political elites are indifferent to that pain, or openly hostile.

The New York Times recently proclaimed in a headline, "Churches Emerge as Major Source of Coronavirus Cases." A three-reporter team announced the newspaper constructed a database to count church-spawned infections as the "virus rages" and blamed 650 infections across America on church activities. How is this a "major source" of cases?

Most regular churchgoers didn't want to fit into that secular-media stereotype of being so fanatically trusting in God's protection that they would gather unmasked in churches and share hugs and handshakes. They were willing to observe lockdowns as a public health necessity.        But then came the Black Lives Matter protests over the death of George Floyd that clogged the streets. Suddenly, mass gatherings were not only allowed; they were praised and glorified on a global scale.

There won't be a headline in The New York Times that reads, "Protests Emerge as Major Source of Coronavirus Cases." The Times created no database to warn of any dangerously disobedient and unscientific citizens among the "progressives."

Instead, the newspapers proclaimed there was little evidence to suggest massive street protests were spreading the virus. "Public health experts" exempted protests from their danger zone, and some even marched themselves.

It's a blatant double standard that strongly suggests that in today's America, protests appear to be the most sacred activity, far more sacred than Americans gathering to worship God. But not all protests, obviously. Protesting the lockdowns in May was pitched as a dangerously nutty exercise of the First Amendment. CNN's warning headline on screen was "Protesters, Some Armed, Descend on Michigan Capitol."

Leftist protesters never "descend on" places. In May, CNN cued up Democratic Gov. Gretchen Whitmer to describe how the people protesting her restrictions were a band of scary, gun-lugging extremists, maybe even Nazis and Confederates.

In a similar Democrat-enabling interview last week, CNN's Wolf Blitzer brought on New York Mayor Bill de Blasio to explain how he has banned large gatherings in his city but exempted the police-bashing protests.

The mayor said staying at home is best. "But we understand that this moment in history, people are talking about the need for historic changes," he said. He touted his prank painting of "Black Lives Matter" in front of Trump Tower: "(T)his is a historic moment of change. We have to respect that but also say to people the kinds of gatherings we're used to, the parades, the fairs, we just can't have that while we're focusing on health right now."

We're focusing on health right now … unless you're lining up with Historic Moments of Change. Someone — certainly not a journalist — might suggest the life of Christ was a very Historic Moment of Change worth celebrating.

Blitzer didn't ask about the double standard because CNN has never been the Church News Network. He didn't ask de Blasio about proclaiming that the "devout religious person" has less of a right to assemble than someone "grappling with an extraordinary crisis seeded in 400 years of American racism."

In short, our media elites don't care when religious believers of all colors and creeds are demoted to second-class citizens in a dizzying display of "affirmative discrimination." Go complain about it to your God, they might say. This is a call to action, even that mysterious action called prayer.