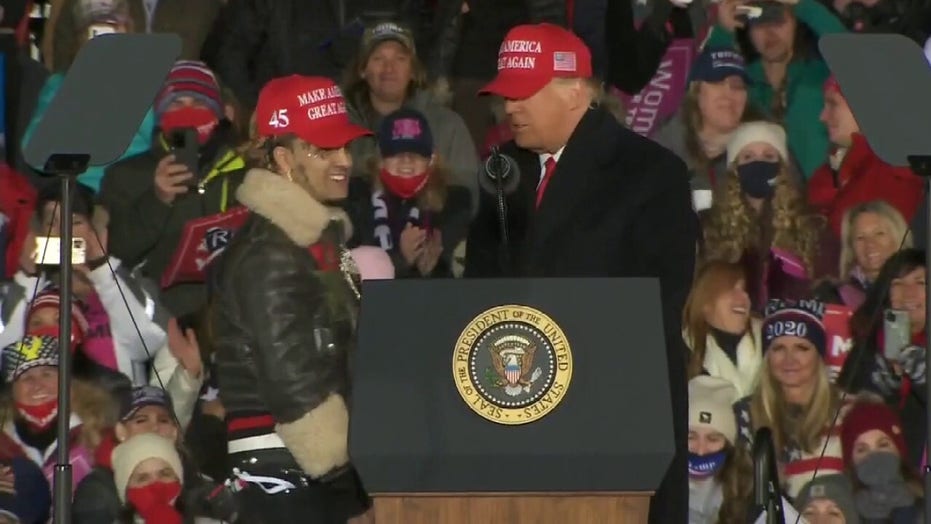 President Trump used his final rally in Michigan to make a bold prediction: he's going to win the state, and he'll do so easily.

Trump arrived in Grand Rapids Mich., for the midnight event, before throwing a few "Make America Great Again" hats into the crowd of supporters who came out despite temperatures dropping into the 40s. 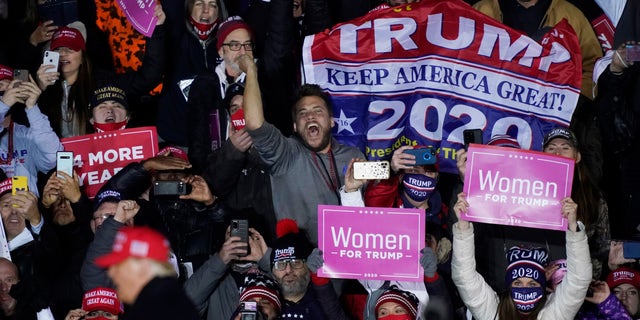 The city was also the final stop of the Trump campaign in 2016 before he defeated Hillary Clinton.

"This was our final night prior to a very, very big victory," Trump told the crowd. "We're going to have another beautiful victory tomorrow."

His comments came as Biden predicted a victory in Pennsylvania on the eve of the election.

“I have a feeling we’re coming together for a big win tomorrow," Biden told a crowd of about 250 cars gathered in the parking lot of Heinz Field during a drive-in rally in Pittsburgh.

Trump spent the earlier portions of the rally thanking supporters and members of his campaign. He later took personal shots at Biden.

Trump also attacked Vice Presidential candidate Kamala Harris and the media. The president was seen pointed at what he said were media members at the rally covering the event, calling them "fake news."

Rapper Lil Pump later made a brief speech during the campaign rally where he showed support for the president.