Turley says Trump’s legal battle is ‘running out of runway’

Constitutional law professor Jonathan Turley tells ‘Fox &amp; Friends’ that ‘time is of the essence’ for the president’s legal cases.

“We’re really running out of runway here,” the George Washington University law professor added, stressing that Trump’s attorneys are “going to have to produce evidence of actual voting fraud or widespread irregularities” to change the outcome of the election.

The Trump campaign is filing legal challenges in battleground states like Pennsylvania, Arizona and Michigan, and it has asked for a recount in Wisconsin. Georgia began recounting its 5 million ballots by hand on Friday.

On Sunday Trump tweeted, “Many of the court cases being filed all over the Country are not ours, but rather those of people that have seen horrible abuses.”

He went on to write, “Our big cases showing the unconstitutionality of the 2020 Election, & the outrage of things that were done to change the outcome, will soon be filed!”

Trump has yet to concede to President-elect Joe Biden, and has repeated unfounded claims about fraud and that the election was “rigged.”

In regards to recounts and uncalled races, the committees said that it is not unusual for states to recount ballots during close elections – but added that there is no evidence any voting system “deleted or lost votes, changed votes or was in any way compromised.” 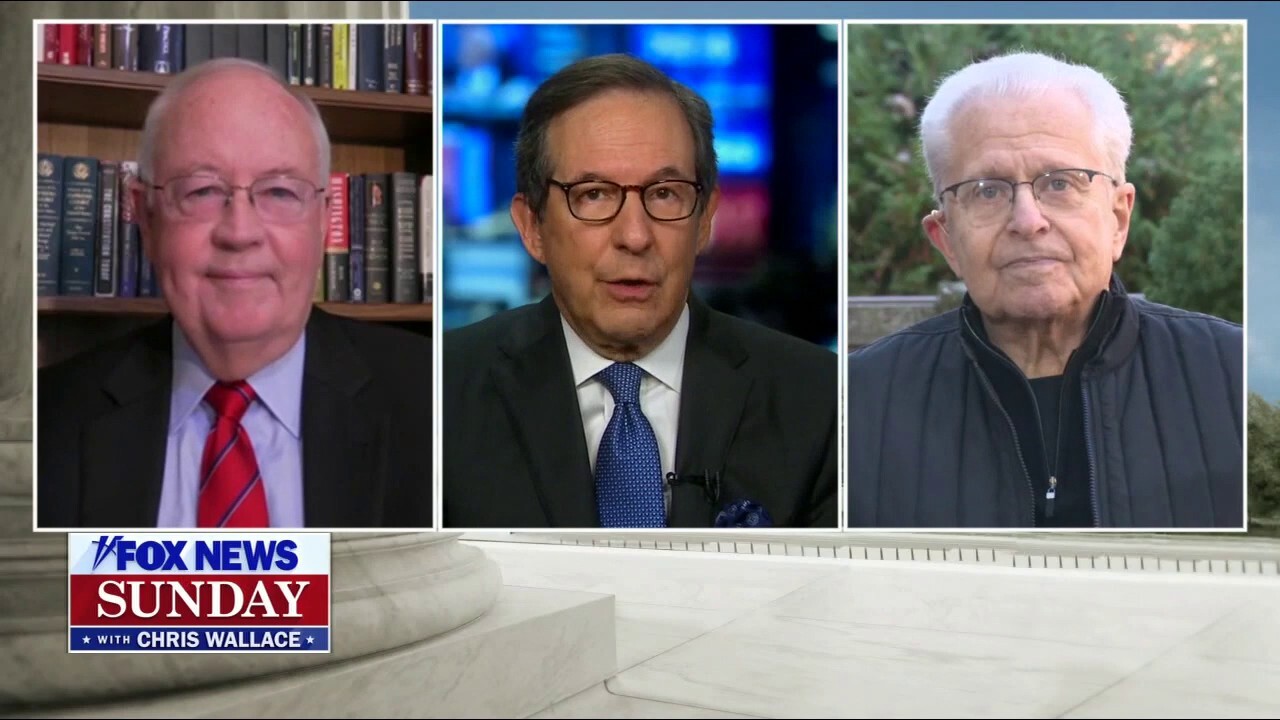 On Monday, host Ainsley Earhardt asked Turley, “What’s the path for the president?” and “Does he still have a chance?”

“It’s still possible that he could produce evidence of systemic widespread errors or fraud,” Turley, a Fox News contributor, responded. “It’s just that we’re long on allegations and rather short on evidence.”

He noted that “the problems that have been found so far have not moved votes.”

Turley pointed to the reported Friday ruling by a California judge that Gov. Gavin Newsom overstepped his authority when he issued an executive order requiring vote-by-mail ballots sent to all registered voters.

“Recently, the California governor was found to have violated the law with his executive order,” Turley said. “But the legislature a couple days later essentially created the same rule, so it had no impact.”

“In Pennsylvania, there was an order found to be unlawful that was issued right before the election,” he continued. “But those votes have been set aside so we’re really running out of runway here.”

Fox News’ Brittany de Lea and the Associated Press contributed to this report.