There appears to be a mass exodus taking place among the top brass at liberal outlet Vox.

Co-founder and editor-at-large Ezra Klein and editor-in-chief Lauren Williams both announced their departures Friday, just one week after another co-founder, Matthew Yglesias, announced his departure.

Klein will be joining The New York Times opinion pages as a policy and policymaking columnist. He will also launch an interview podcast.

"Helping to build @voxdotcom has been the great privilege of my journalistic life," Klein wrote on Twitter. "It is so much more than I ever could have imagined, and that’s because of the insanely creative, committed people who work there. I love them more than I can say. I will cheer them on forever."

The 36-year-old continued, "I’ve always believed it’s important for founders to know when to let new generations take the reins. One of the great privileges in starting Vox was we got to build without anyone looking over our shoulder. We got to pursue our vision, make our mistakes, imagine our future. We could only do that because we were supported by a great company that believed in us."

Williams says she'll be leaving in February to launch Capital B, which she described as a "local and national nonprofit news organization serving Black audiences" that will "provide high-quality civic journalism tailored to Black communities across the country, aimed at serving audiences the essential information needed to live their lives."

"The 6+ years I've spent helping to build Vox into what it is today have been the most rewarding of my career," wrote Williams, who also served as Vox's senior vice president. "I love Vox, and I love my team. There's only one thing that could compel me to leave: the opportunity to create something I've dreamed about for a decade." 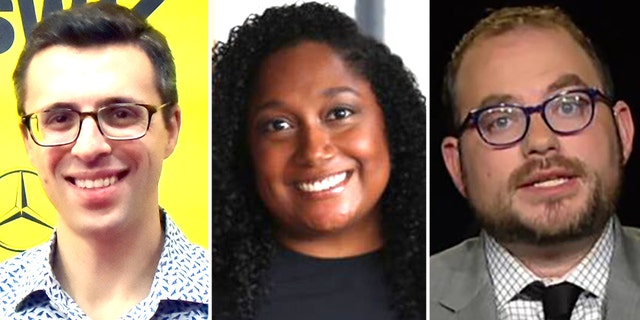 Vox Media Publisher Melissa Bell informed the outlet's audience on Friday that the leadership shakeup is to "mark an important moment of transition for Vox."

"Vox started as a seedling of an idea with a 20-person team focused primarily on a website and a YouTube page; our team has grown six times that amount in almost as many years, becoming a news organization that reaches millions of people across multiple mediums and platforms. And so much of that is thanks to the leadership of Ezra and Lauren," Bell wrote.

Bell also noted that Vox has started an "extensive search for new leaders" and will split Williams' role, hiring a business-oriented senior vice president and an editor-in-chief separately.

Fox News reached out to Vox Media for comment.

Last Friday, Yglesias announced he was leaving the organization he co-founded with Klein and Bell to start his personal website, Slow Boring.

"I love Vox, but there was an inherent tension between my status as a co-founder of the site and my desire to be a fiercely independent and at times contentious voice," Yglesias explained. "My first media love is blogging, and while Vox has evolved over the years into many things, it is really not a blog."

Back in July, Yglesias was at the center of a public clash with his own colleagues who slammed the Vox co-founder for signing an open letter against cancel culture.

Yglesias was one of 150 signatories — including other liberal writers, professors, and activists — who came together to defend civil debate in an effort to end ongoing efforts by the viral mob to silence dissenters.

His signing of that letter sparked a significant backlash on Twitter from other Vox staffers, while conservatives appeared far more vocal in defending the liberal journalist.

Yglesias was the latest journalist who has publicly exited a news organization based on newsroom tensions, joining Glenn Greenwald from The Intercept, Bari Weiss from The New York Times, and Andrew Sullivan from New York Magazine.