North Carolina Lieutenant Governor Dan Forest argues the actions of Gov. Roy Cooper, D-N.C., toward the Republican National Convention have hurt workers and the hospitality industry in his state.

North Carolina Gov. Roy Cooper is leading his state through the novel coronavirus pandemic during his first term in office as he faces a challenge to his re-election bid from his own lieutenant governor.

Cooper, a Democrat, has faced criticism from Lt. Gov. Dan Forest, a Republican, after the Republican National Convention moved most of its activity out of Charlotte, North Carolina, to Jacksonville, Florida. Cooper could agree to a scaled-down convention but not the full-scale convention he said RNC officials wanted, Cooper said. 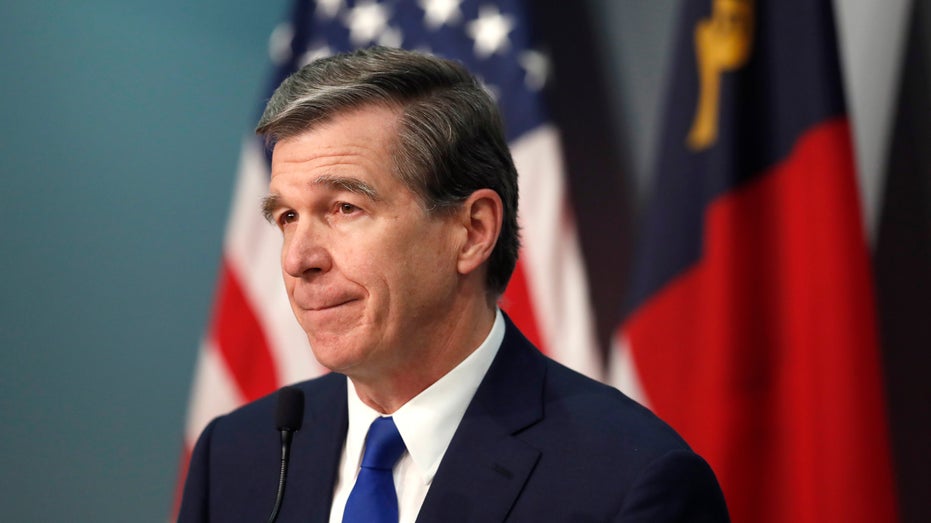 North Carolina Gov. Roy Cooper listens to a question during a briefing on the coronavirus pandemic at the Emergency Operations Center in Raleigh, N.C., Wednesday, May 20, 2020. (Ethan Hyman/The News & Observer via AP)

"It's a pretty devastating day in North Carolina, but especially for the city of Charlotte," Forest told FOX Business' Stuart Varney in June. "Probably the only hope that was going on in Charlotte was a big convention with $160 million pouring in, and now that's going away because of … a negative action by the governor."

"We have been committed to a safe RNC convention in North Carolina and it’s unfortunate they never agreed to scale down and make changes to keep people safe," Cooper wrote on Twitter. "Protecting public health and safety during this pandemic is a priority."

Cooper had a double-digit lead over Forest in the polls as of late May, according to RealClear Politics. Cooper served as the state's attorney general for 16 years before being elected governor in 2016.

"I pledge to lead by example. I will never stop fighting for North Carolinians," Cooper said in his inaugural address. "I will do everything possible to reach consensus. I know we can find common ground on education when we all agree our teachers deserve a raise. I know we can come together to improve health care when we all agree that getting more families covered isn't just a moral obligation but a financial responsibility."

The son of a school teacher, he grew up in North Carolina's rural Nash County and earned both his bachelor's and law degree from UNC-Chapel Hill.

Cooper and his wife Kristin have three daughters, Hilary, Natalie, and Claire.