Facebook CEO Mark Zuckerberg said that he was "not aware" that a Facebook election integrity official used to work as a policy adviser to former Vice President Joe Biden during the Senate Commerce Committee's Section 230 hearing on Wednesday.

"My understanding is that the person that is in charge of election integrity and security at Facebook is a former Joe Biden staffer, is there someone closely associated with President Trump in the same role at Facebook?" Sen. John Thune, R-S.D., asked the CEOs. "How do you all respond to that argument that there isn't sufficient balance in terms of the political ideology or diversity in your companies, and how do you deal with the lack of trust that creates among conservatives?" 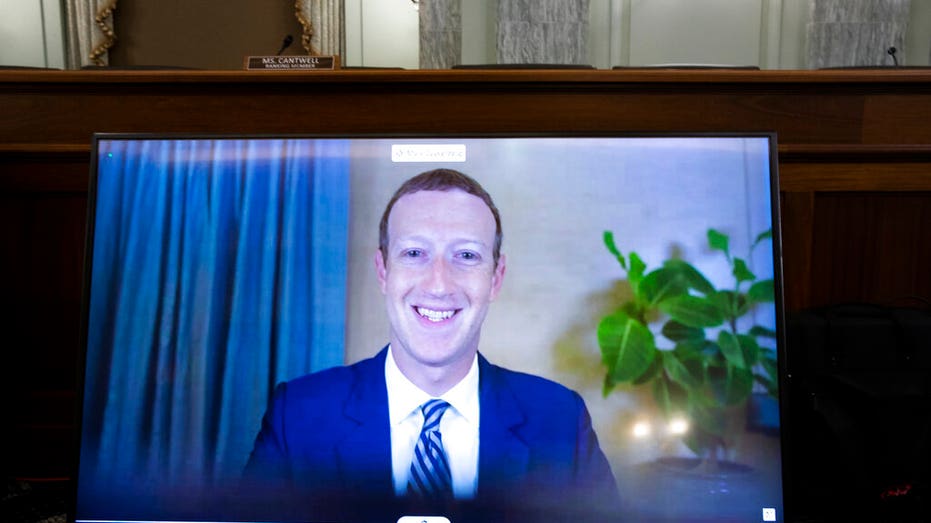 Facebook CEO Mark Zuckerberg appears on a screen as he speaks remotely during a hearing before the Senate Commerce Committee on Capitol Hill, Wednesday, Oct. 28, 2020, in Washington. The committee summoned the CEOs of Twitter, Facebook and Google to

"I think having balance is valuable, and we try to do that," Zuckerberg responded. "I am not aware of the example of you say of someone in charge of this process who worked for Biden in the past, so we can follow up on that."

Atlantic Council senior fellow Anna Makanju's bio lists her as both a public policy and legal expert at Facebook "where she leads efforts to ensure election integrity on the platform" and a former special policy adviser for Europe and Eurasia to Biden. Facebook partnered with the Atlantic Council ahead of the 2018 election to "boost its election security efforts," the Washington Examiner reported.

FOX Business' inquiry to Facebook was not immediately returned.